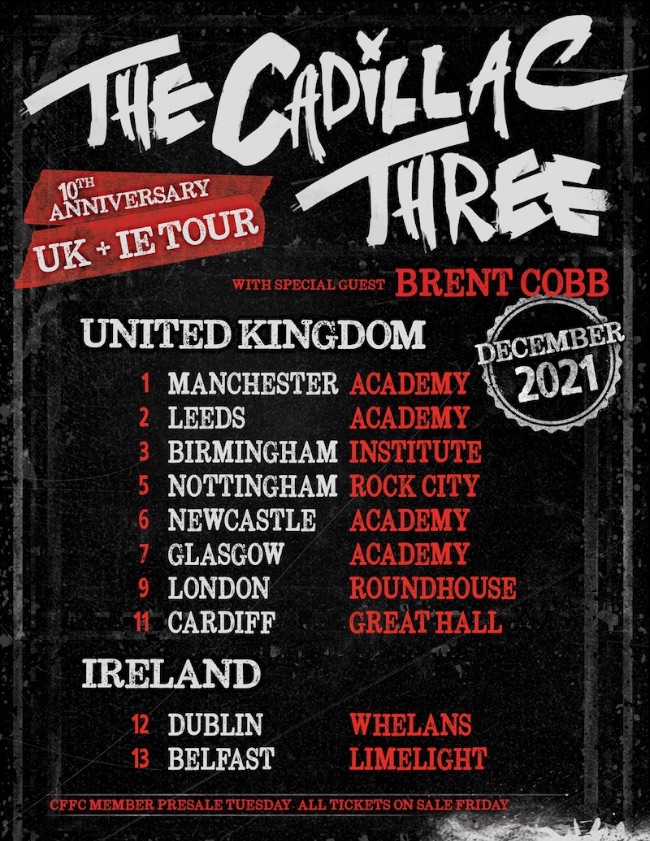 Country fuzz heroes THE CADILLAC THREE are celebrating ten years of being a band in 2021, honouring the anniversary with a very special tour of UK and Ireland in December.

The Cadillac Three, who were recently nominated for Group of the Year at the ACM Awards, released their fifth studio album Tabasco and Sweet Tea last October, seeing the trio inject some funk into their trademark southern rock sound. It was the surprise follow-up to the critically acclaimed Country Fuzz, which arrived just eight months earlier.

Known across the globe for their unpredictable concerts, TC3 found themselves in new territory as the pandemic halted touring in March 2020. Their fans dealing with their own uncertainties never wavered in their support – purchasing exclusive ‘crew’ merchandise that helped TC3’s road family with the loss of shows, donating to Second Harvest Food Bank of Middle Tennessee as a part of their 100,000 meals in 100 Days initiative and highlighting local venues and other artists as COUNTRY FUZZ PRESENTS takes up a livestream residence at The Basement and Exit/In.