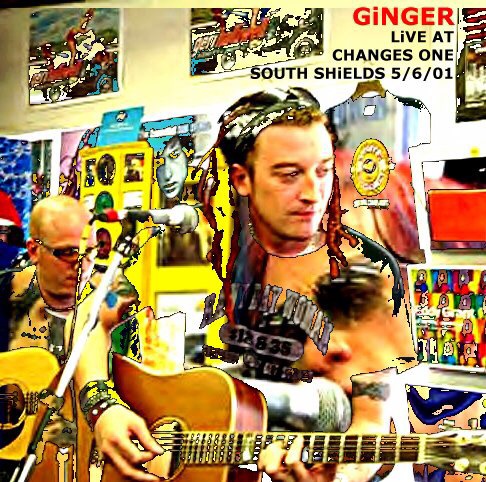 Tonight we are going to unveil a World Exclusive. Before that, though, this puts the world into perspective

For years the team at what is now the Maximum Volume Music site used to buy records from Ian Tunstall at his Changes One store. A real lover of music and a man who treated his customers as friends. He was only in it for the right reasons, it was more than a record shop, it was an online community. It was ahead if it’s time in that Ian had a record label before it was the cool thing to do, he gave bands chances that no one else would, and if he had done this now, in 2014 rather than more than a decade ago he could have been a sensation.

In store gigs were a staple of his little shop in South Shields, the picture accompanying this article shows Ginger Wildheart playing there.

It was only today that we found out from a Tweet from Eureka Machines that Ian had a stroke last year and there is a charity auction on eBay to help him.

Please, please do what you can to help Ian, he and I may have lost touch over the years, but for a long time around the turn of the century, Changes One was my record buying world. Every day it seemed you would get an email from Ian recommending something new – and he was usually right.

The auction is here.

Horns up to Ian.

And if you don’t get the headline, it’s because you were never in the Changes One record club. If you were, you know they were great times.