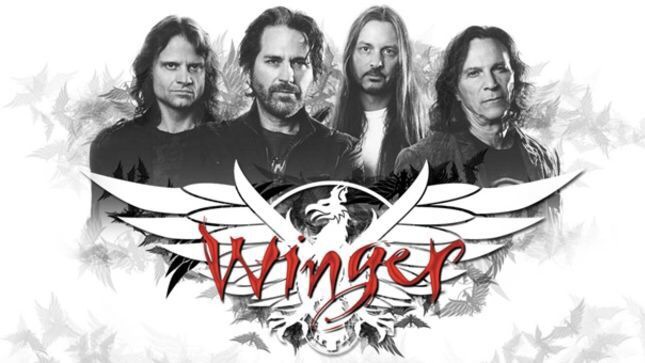 Hot on the heels of their last video, US hard rockers Winger are at it again. Kip talks us through the new track.

“Soundwise, ‘Queen Babylon’ is classic first-album Winger meets Winger of today” explains Winger frontman Kip Winger. “This video features the exclusive, unreleased extended audio version of the song with a dual solo from Reb [Beach] and John [Roth] at the end that isn’t featured on the album version. It is also the first video to include our original keyboardist Paul Taylor since [1990’s] ‘In the Heart of the Young.’

““I have three different things I do: solo records, classical music and the band. And the sound of Winger is when Reb plays guitar and I play bass, and we write from that perspective,” Winger explained in an interview with Songfacts. “It’s really helped my rock writing to have studied composition for so long, because I can now take a riff that normally any given band might repeat four times, and then move to the next thing … Bach never did anything more than three times, so there’s a whole plethora of s— that I do on both levels. One feeds the other.”

Check it out for yourself here: