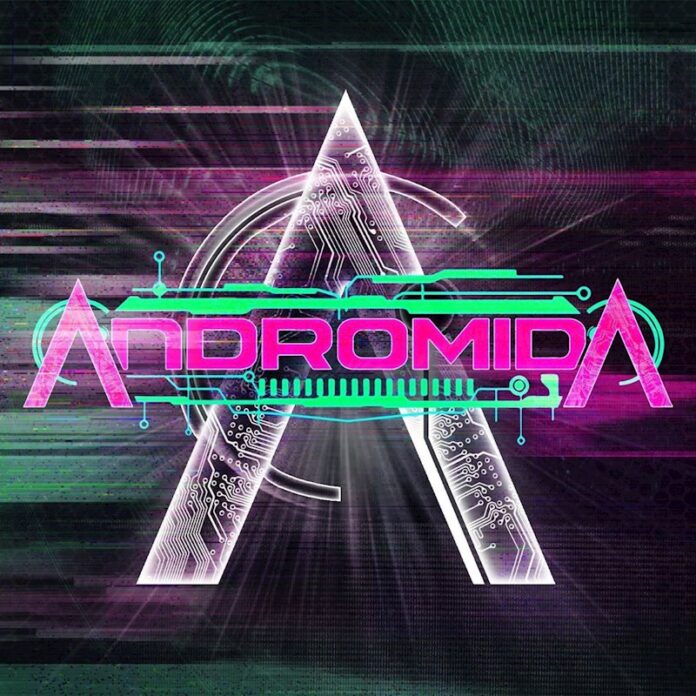 ANDROMIDA drops metalcore cover of Attack On Titan’s ‘The Rumbling’ (feat. Daedric), out now via FiXT. Check out the video here: https://www.youtube.com/watch?v=r7kJiZq75Mg

Andromida, the one-man metal project by composer and producer Ramon Gutierrez, makes his debut at FiXT with a new music video for his metalcore djent cover of “The Rumbling,” a hit song from the popular anime Attack On Titan. The official music video features a powerful vocal performance from Daedric, heavy guitars, and fast-paced rhythms interlaced with a growling metal chorus for a turbulent atmospheric single perfect for any Attack On Titan fan.
“I’m a huge fan of Attack On Titan as a whole, and this opening theme just really resonated with me, so I wanted to give it a new spin,” states Gutierrez.“Attack On Titan has made a huge impact on me and has even inspired some new music. So this is my way of paying tribute to one of the best pieces of fiction.“
“The Rumbling” is out now from independent multi-genre label FiXT.

Listen to “The Rumbling” (feat. Daedric)

Andromida is a one-man, progressive metalcore project by composer and producer, Ramon Gutierrez.

Diagnosed as legally blind at a young age, Ramon naturally felt a strong connection with music. At the age of 3, he began learning the violin. While learning the violin, it quickly became apparent that he was unable to read sheet music provided by his teachers, but that didn’t stop him. He went on to learn the instrument by ear, eventually playing pieces by composers like Bach at a very young age. At the age of 11, Ramon decided to take on the guitar. Just like the violin, he learned completely by ear, only this time he did not have any help from teachers.
Ramon is entirely self-taught on guitar. Eventually, he became fascinated with the idea of writing and producing music, so he began teaching himself how to arrange songs, produce, mix and master his own music in his late high school years. During his time in college, Ramon began taking steps to start pursuing music.
After trying and failing several times to form a band, he eventually decided to take on the endeavor by himself, thus starting Andromida in 2016.
ANDROMIDA online
https://www.facebook.com/AndromidaOfficial/
https://twitter.com/AndromidaOFCL
https://www.instagram.com/andromidaofficial/
SPOTIFY
https://www.youtube.com/andromidaofficial

DAEDRIC is an audacious creative venture from Dallas/Fort Worth-based vocalist and artist, Kristyn Hope, known for her work as the singer and videographer for the 4-piece progressive rock band, Aesop.
Daedric draws inspiration from an eclectic array of sources including David Bowie, Anthony Green of Circa Survive, Sia, and the popular open-world role-playing game series Elder Scrolls, from which the Daedric name is derived.
In her own words, “It’s a cool ass name and I like villains.”
As Daedric, Kristyn works closely with producers Geoff Rockwell and Clay Schroeder to develop a mix of throwback synths blended with contemporary rock and metal, forging a powerful sound that is uniquely her own.
Kristyn launched the Daedric project in 2021 through a partnership with independent label FiXT. “Wretched,” the artist’s first single from the upcoming full-length album, is a searing creation infused with equal power and beauty, establishing Daedric as a fiery new act to watch.
DAEDRIC online:
https://www.facebook.com/daedricofficial
https://www.instagram.com/accounts/login/?next=/daedricofficial/
SPOTIFY
https://twitter.com/daedricofficial
https://www.youtube.com/channel/ucgowy_nbocxcsxjoeuqn-oq