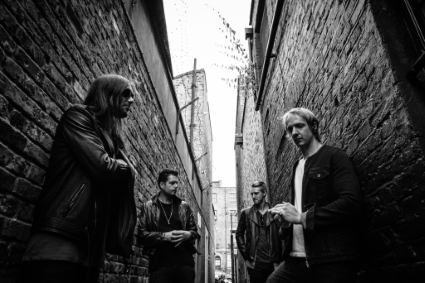 Following the release of their latest album ‘Wicked Way’ Echotape are set to head out on their UK tour this October. To coincide with the tour, the band have also announced that they’ll be releasing a new single and video ‘Friend Like Me’ October 17th.

Lead singer Marc Burford comments “I always look forward to playing ‘Friend like me’ in the set as it always gets people singing and dancing around, it also carries a positive message that friends should stick together no matter how hard things get”

The single is taken from the album ‘Wicked Way’ which was released this July and was applauded by UK press. Ramzine Magazine stated “You’ll be hard pushed to find a more adventurous band than Echotape”

They certainly are ‘adventurous’ – The band have spent the last year honing their live shows from Hollywood to Holyhead, Moscow to Madrid, feature in London’s Tate Gallery, have naked stage invasions in Dublin, and jam onstage with Carl Barat.