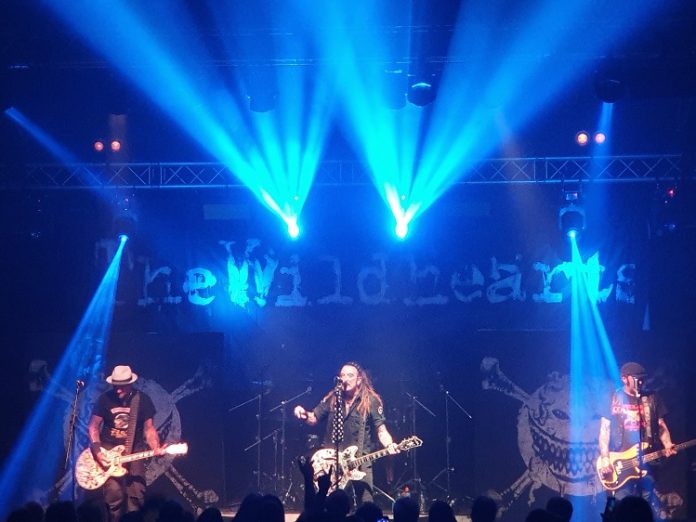 Visceral, punky and just a little bit unhinged, and that’s just the guitar player Sean, when he asks if we’re looking forward to The Wildhearts…..seriously though, Hands Off Gretel are extremely impressive. Coming out of South Yorkshire with an anger, a message and a desire to be heard, the vegan anthem “Milk” has a touch of Patti Smith about it. HoG have their agenda and you’d best believe Lauren Tate means every word. There is an intensity to everything she does and what she says, like on “Don’t Touch” needs saying. They cover The Stooges’ “I Wanna Be Your Dog” but make it sound like a threat. A bit of Courtney Love is sprinkled here, in that it could all go wrong at any time, but walking the line of danger is what Hands Off Gretel are about, and as “Kiss Me Girl” ends things, you’d best keep an eye on them because they’ll be impossible to ignore. 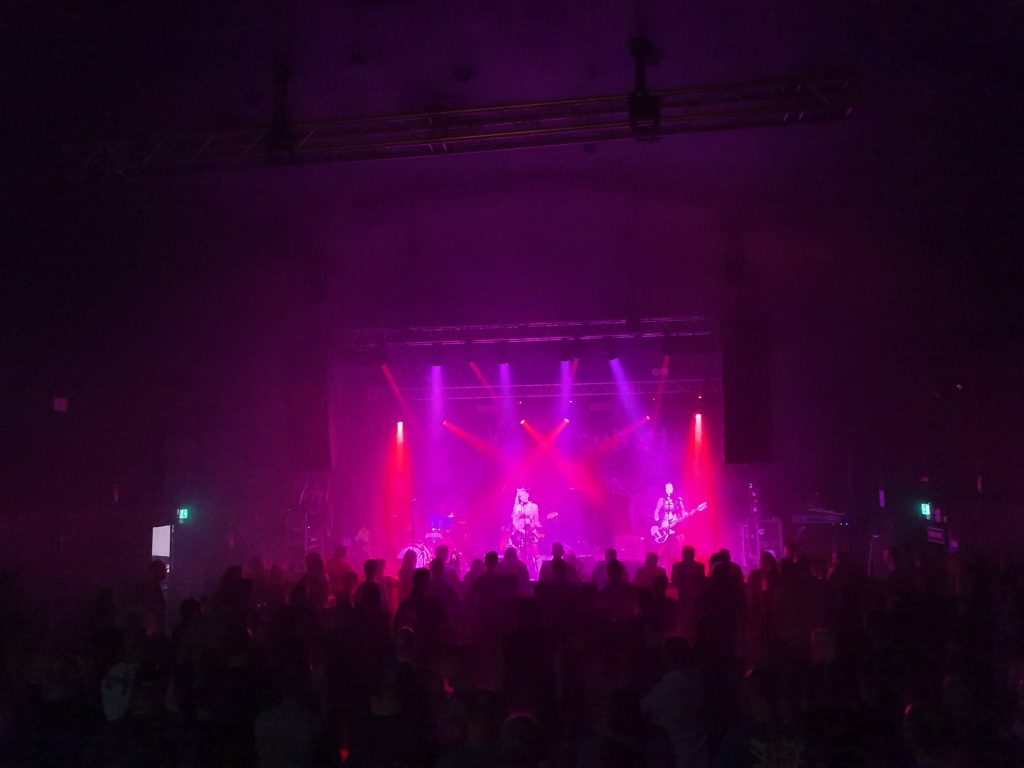 “This one” says Ginger Wildheart, with a bit of a smile, “is from our new album “Renaissance Men”. It feels good to be back with a new album, after ten years of not having one…..”

The Wildhearts are on, well, a bit of a renaissance. They have got themselves busy, too. They are something pretty close to that never-ending tour that Bob Dylan used to be on. This is the fourth time I’ve seen them in just a little over a year, and whilst when you used to see them 25 years ago and never quite know what you were going to get (and that made them dangerously brilliant) these days you know, pretty much, that what you are watching is a band at the top of their game.

As ever, the usual disclaimer is due: The Wildhearts are my favourite band. Have been for 24 years and honestly, I don’t see that changing, but even allowing for that, there seems to be a buzz about this tonight. The crowd is packed, and its sweaty as hell, and with “Dislocated” kicking us off, there does seem a certain irony about its line: “I feel dislocated from your world” because, here no one is.

The set is the same as the one they played on their headline shows in the spring, and it’s a cracker. A mix of new, “Let ‘Em Go” is a punky rabble rouser, and there’s nothing more passionately delivered than “Diagnosis” here. Added to these are some (but not all) of the ones they kinda have to do – “Vanilla Radio”, “Caffeine Bomb, “Everlone”, – but fabulously they have dusted some off that haven’t been done for ages. “The Revolution Will be Televised”, “Jackson Whites” “Stormy In The North, Karma In The South” and a mighty “Urge” from “Endless, Nameless” (“it was universally panned by the critics and mostly hated by you lot, but I like it….” Says Ginger).

Without putting too much emphasis on a setlist, it does perhaps show that the four are not just resting on their laurels and they’re out there challenging themselves but taking the audience along too.

“Love U Till I Don’t” closes things, as it always should, but the encore is more of the same. “My Baby Is A Headfuck” couldn’t sound bad if it tried, and I am not sure there’s a more underrated tune in their catalogue than “Mazel Tov Cocktail” (and as I walk out of the venue tonight that’s the one stuck in my head, strangely).

“I Wanna Go Where The People Go” somehow got to be 24 years old this summer. Who knows how that happened? But it did, and if it came out tomorrow it would still sound as fresh.

That ends things – of course – but there is a feeling of re-invigoration about the quartet. The suggestion that they’ve finally understood what magic happens when they get together on a stage with all their friends around.

And if they don’t actually play the one that line comes from here, to pinch from one they do: what a buzz, what a song.

Tellingly, as they leave tonight Elton John’s “I’m Still Standing” plays. They are. And live, I think it is absolutely fair to say that The Wildhearts are sounding better than ever. 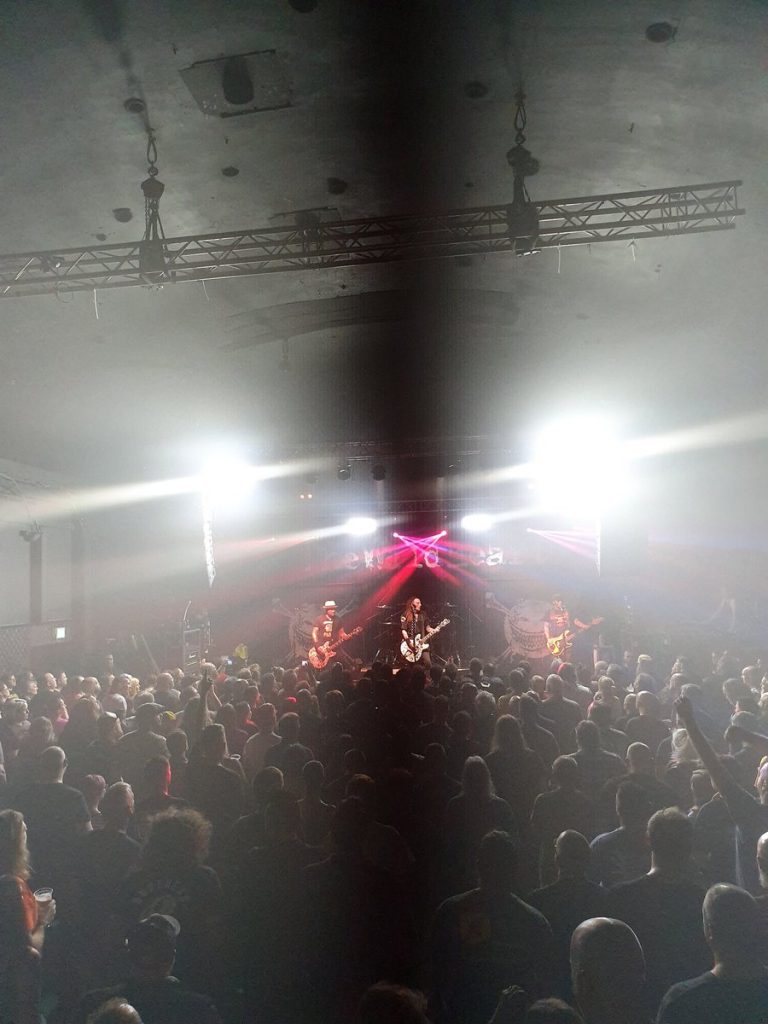