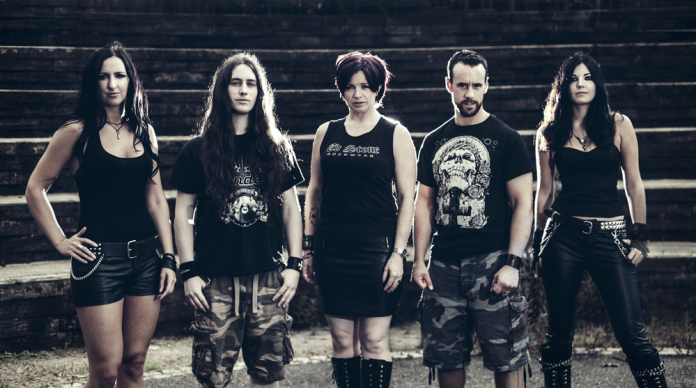 Triaxis reveal album details ahead of release next week

South Wales metallers, Triaxis, announce they will release the long awaited follow up to the critically acclaimed ‘Rage and Retribution’ album, on May 18th 2015 via Rocksector Records.

Entitled ‘Zero Hour’, the band have once again used the considerable talents of artist Colin Marks to design the album cover. Inspired by the lyrics from the title track, the image depicts an apocalyptic scene with a strange deity-like figure overlooking the decimated city-scape.

Zero Hour features over an hour of music and comprises of 12 tracks: 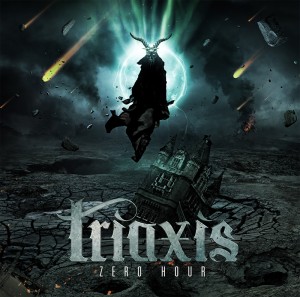 Lead vocalist, Krissie, explains the process the band went through to bring the project together.. “We initially recorded the drums with Scott Atkins who really helped us form the basis for what could be considered our heaviest album yet. Self-recording all the guitars, bass and vocals, which Glyn took on the mammoth task of overseeing, has meant we have been able to have complete control over determining the way we want the album to sound.  Having James Stephenson (Stymphalian Productions) on board to mix and master brings a further continuity to the album, particularly after the great work he did on our previous album”.

On what to expect from ‘Zero Hour’, guitarist CJ, states “This is a natural progression from ‘Rage and Retribution’.. certainly heavier and more complex in places, but with plenty of melody and a return to our roots. We can’t wait to play this stuff live.”

Triaxis are in the process of putting together their biggest tour yet, including a special album release show, which will be revealed very soon. Meantime, keep an eye on the band’s social media and website for further news.