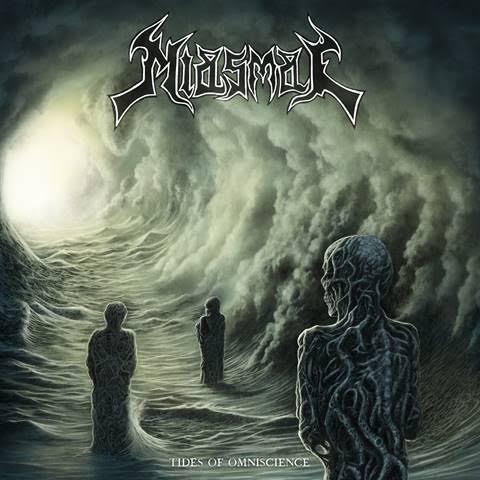 Gothenburg-based MIASMAL have announced the release of their 3rd studio album, ‘Tides Of Omniscience’. This 10-track piece of inexorable  and absolute death metal will be out on Century Media Records on March 4th, 2016.

For a taste of what’s to come, check out the brand new song here:

“Tides Of Omniscience” is the logical follow-up to MIASMAL’s much lauded 2014 achievement “Cursed Redeemer”, adding an extra portion of doom-laden melodies and hook-filled riffs as well as an overall eerie atmosphere. The beautiful cover artwork was again done the talented Mr. Mattias Frisk who did the cover for MIASMAL’s previous albums as well as artwork for bands such as Vanhelgd, Vampire, Sacral Rage, Ghost and others.

The presale for ‘Tides Of Omniscience’ starts on February 5th. More news to be revealed soon.