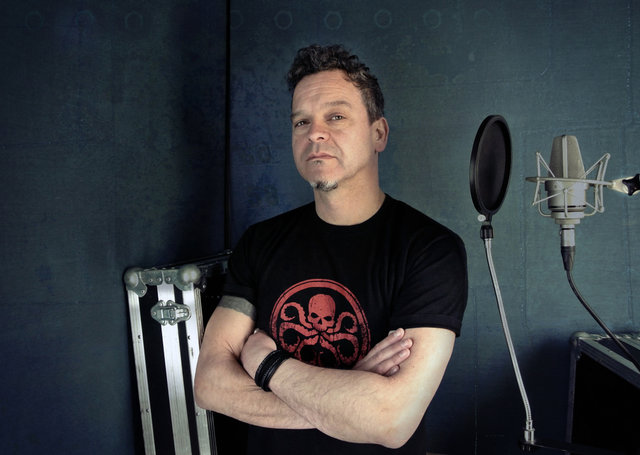 THRESHOLD have parted ways with vocalist Damian Wilson. The band have chosen to start a new chapter without him and he has told them he respects their decision.

Wilson enjoyed three stints with THRESHOLD, performing on the band’s most recent records ‘For The Journey’ and ‘March Of Progress’ as well as their early releases ‘Wounded Land’ and ‘Extinct Instinct’ in the 1990’s. Damian Wilson has been a great frontman for THRESHOLD and the band would like to sincerely thank him and wish him every success in his future endeavours.

THRESHOLD‘s new frontman will be Glynn Morgan, the band’s former vocalist from 1994 to 1996. Morgan appeared on THRESHOLD‘s 1994 album ‘Psychedelicatessen’ and returned to work with the band in 2008 to record tracks for the singles box set ‘Paradox’.

Glynn Morgan commented:
“I was over the moon when I got the phone call. To work with Karl and Richard and be a part of the mighty THRESHOLD story once more is a great honour. I can’t wait to start recording, the new material has me hooked already.”

You can watch Glynn Morgan in action with THRESHOLD in their 1994 video ‘Innocent’ here:

THRESHOLD are currently at Thin Ice Studios recording their 11th album ‘Legends Of The Shires’ due for release in the autumn. The band’s European tour kicks off in November with support from DAMNATION ANGELS and DAY SIX.

Get tickets for London here:
http://www.songkick.com/concerts/28850284-threshold-at-o2-academy-islington