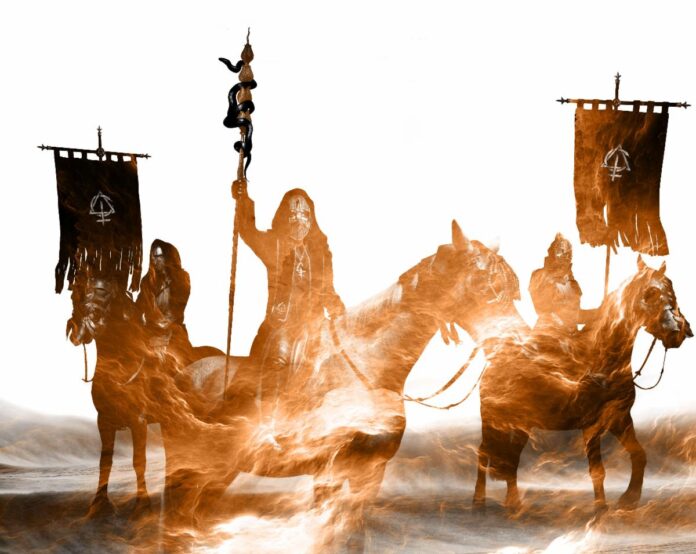 Poland’s high priests of extreme, BEHEMOTH, have revealed another ferocious track from their forthcoming 12th studio album, Opvs Contra Natvram, which is set to arrive via Nuclear Blast on 16th September 2022. The Deathless Sun cements BEHEMOTH‘s reputation as one of the most innovative and ground-breaking extreme bands on the planet. The track comes with not one, but two accompanying visuals; an explicit and macabre narrative video, featuring the incredible high aesthetic that BEHEMOTH are renowned for, and a performance clip of equal grand magnitude.

“BEHEMOTH has been hating christ in different ways since 1991, and we still manage to reinvent the wheel! We’re very proud to present our latest offering to that cause, The Deathless Sun from our upcoming new record.  This track showcases aspects that many BEHEMOTH fans love about our music, plenty of aggression and melody. That contrast is the reason we decided to release TWO amazing videos to accompany this single release. One is very shocking…so shocking that we had to create a whole new video to release alongside it! Choose carefully! As always, I look forward to seeing your reaction, Legions. Enjoy the ride!”

Opvs Contra Natvram is the sheer embodiment of rebellion, individuality and unflinching self-expression, shaped by a literary worldview.  It also reflects a musical evolution, there’s little doubt that Opvs Contra Natvram is BEHEMOTH‘s strongest and most sophisticated musical collection to date.

Pre-order or pre-save the album here, and check out the narrative video for The Deathless Sun below.

The second visual, the similarly spectacular performance clip can be watched HERE.