The Stage Is Set 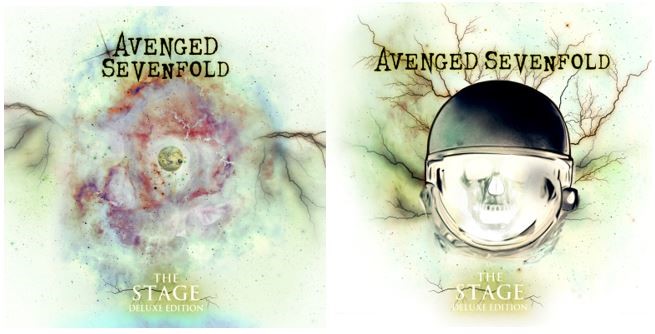 This new edition includes 7 additional studio songs + 4 unreleased live tracks recorded during the band’s recent shows at The O2 Arena in London and the CD and vinyl versions feature a special lenticular cover. Among the 7 bonus tracks is the band’s stunning cover of the Pink Floyd classic, “Wish You Were Here” – the companion video can be seen here HERE.

The deluxe edition of THE STAGE is the latest chapter in an innovative album cycle that began just over 12 months ago and which cemented the band’s status as one of the boldest and most imaginative artists in contemporary music.

That cycle started with a “surprise album release” which was announced after a live-streamed 3D/360-degree virtual reality performance from the rooftop of the Capitol Records Tower in Hollywood, CA.  Rolling Stone, NME, Q, The Guardian, Guitar World,Metal Hammer, Revolver, Kerrang, Loudwire, Metal Injection, Alternative Press, Drum, Total Guitar and Classic Rock among the myriad outlets that lauded the album, with the latter calling it “a metal masterpiece.”

Months later, the forward-thinking band (vocalist M. Shadows, guitarists Synyster Gates and Zacky Vengeance, bassist Johnny Christ and drummer Brooks Wackerman)amplified the campaign by turning ‘The Stage’ into an evolving body of work, adding a series of new tracks over the course of several months. They toured endlessly in support, playing stadiums with Metallica and doing their own arena shows in-between.

A Grammy nomination – the band’s first-ever—came next, as the title track for ‘The Stage’ earned the nod for “Best Rock Song”  (lead singer M.Shadows discussed with the Los Angeles Times – click HERE to read).

They celebrated the nomination with the release of AVENGED SEVENFOLD LIVE AT THE GRAMMY MUSEUM® (Capitol), a special acoustic album recorded during the band’s recent sold-out event at the famed GRAMMY Museum® in downtown Los Angeles. Listen to the full set HERE and click HERE to see the band’s GRAMMY Museum® performance of “Roman Sky,” directed by Rafa Alcantara (www.twentyfourcore.com). Produced by Joe Barresi (Queens of the Stone Age, Tool, Nine Inch Nails) and the band, the digital-only release features unique renditions of new songs and classic tracks captured during the band’s first-ever acoustic performance. A portion of the album’s proceeds will benefit the education initiatives of the GRAMMY Museum®, which seek to inspire youth to the enduring qualities and cultural significance of music.

The band’s 2018 North American arena headlining tour will kick off January 12th at the Bridgestone Arena in Nashville with special guests Breaking Benjamin and Bullet For My Valentine. The band has partnered with CID Entertainment to offer VIP Tour Experiences, including access to a VIP-only viewing area, an official signed show setlist, an invitation to the pre-show lounge featuring Avenged Sevenfold memorabilia and an exclusive A7X tour book including never-before-seen photos. For full package details, please visit CID Entertainment.