THE SHAPED OF THINGS TO COME 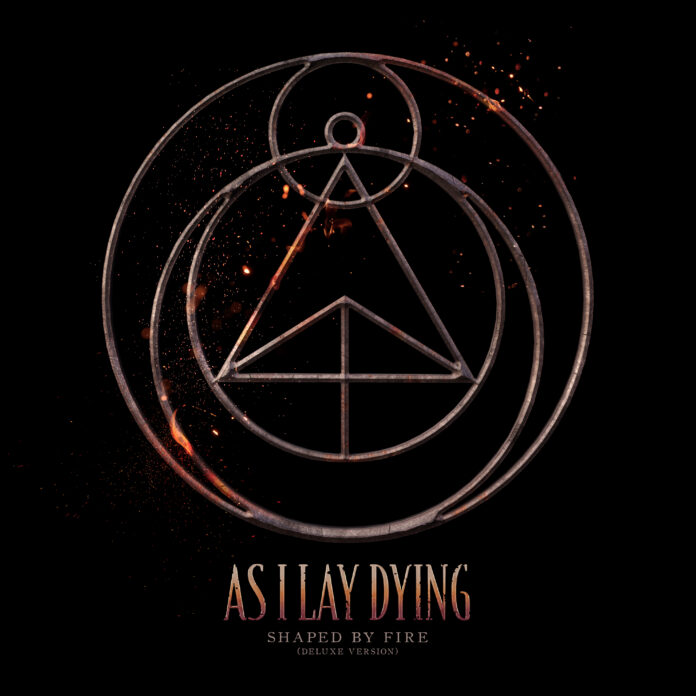 San Diego quartet AS I LAY DYING unleashed their seventh full-length album Shaped By Fire onto the world via Nuclear Blast on September 20th 2019. Today, the band releases the Shaped By Fire (Deluxe Version) which features live and instrumental versions as well as re-interpretations of the original tracks. In celebration, the band offers fans the live music video for ‘My Own Grave’. Check out the video from their show in Munich that was edited by Mike Demellia, here: https://youtu.be/sVv0og6ruHs

Phil Sgrosso comments:
“The initial idea was to create a deluxe version stemmed from leftover material written for the Shaped By Fire album. Some of it was re-purposed for b-sides and several tracks were used for the live show exclusively, until now.
More recently, we had an interest to recreate ‘My Own Grave’ into a more stripped-down/orchestral version inspired by the 90’s ‘Unplugged’ era that we all grew up with. We also became interested in a new version for ‘Redefined’, incorporating a heavier electronic element. The live versions for ‘Blinded’ and ‘My Own Grave’ were captured on our last European tour in Munich, which was one of the biggest and most high-energy shows to date.
For the first time ever, we’ve released an instrumental album version to showcase the musical aspect. Just like when we’re writing initial demos, the music is step one in captivating the listener’s attention so the intricacies and details of the music are a little more prevalent here.
It was a fun experience to breathe some new life back into Shaped By Fire. We’re all very proud of this album and are always encouraged by our fans’ support and enthusiasm for new AILD music over the past 20 years.”

LISTEN to the Shaped By Fire (Deluxe Version) here: https://asilaydying.bfan.link/shaped-by-fire-dlx

Order your copy of Shaped By Fire in the format of your choice here: nuclearblast.com/asilaydying-shapedbyfire
Listen and download Shaped By Fire at: http://geni.us/AILDShapedByFire

Previous article
ALL WHITE NOW
Next article
BERNIE IS READY