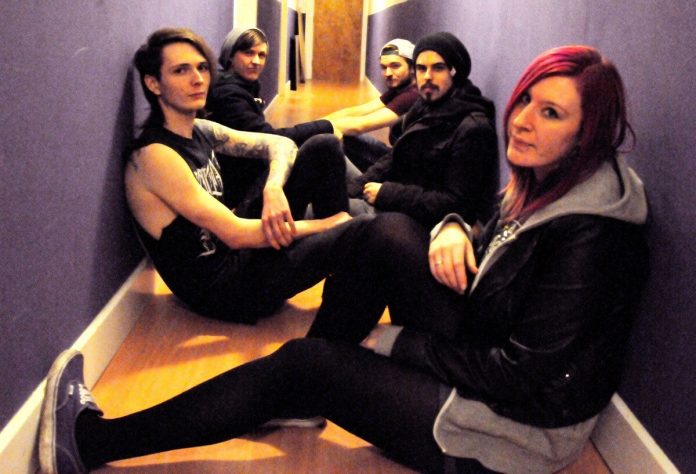 What do you get when you mix two long term friends, a lot of alcohol and a huge passion for music? Secrets of Mariana of course!


Many’s the rock and roll band that’s been formed during a drunken night in the pub. And that’s where we begin this tale of Secrets Of Mariana.

Amy (Vocals) and Ash (Guitar) had been friends for years when one drunken evening a bit of truth slapped them both in the face. Although they both have a huge love for music and had supported each others past musical projects, they’d never been in a band together before. That night, the seed that is now Secrets of Mariana was planted in both of their minds.

After recruiting Nick (a mutual long term friend) on drums, the three hit the practise room to see what musical concoctions they could create between them. Surprised by how quickly and comfortably they were writing together, the group knew this was something they wanted to pursue.

During May 2013, whilst searching for a bassist and second guitarist to complete the bands line up, the three friends decided to record one of their tracks. Something that allowed others to listen to the bands current sound and decide whether or not to try out for the band. They chose “Reach”, which was not only the first song the group had ever written together but also, at that point, one of their heavier sounding songs. Combining catchy guitar riffs, heavy drum sounds and both melodic and aggressive vocals, the band thought this song perfect to capture their present sound.

A few different bassists and guitarists applied to try out over the next few months, leading them to eventually enlist yet another long term friend, Jay, on bass. The position of guitarist was slightly harder to fill, with multiple guitarists trying out but not quite fitting the bill.

Meanwhile, the existing line up carried on writing between themselves, attempting to find their feet and finding the music changing from alternative rock into a much heavier sound.

After countless auditions, the band started getting frustrated with the “lack of second guitarist” situation. Between the four of them they were pretty much gig ready. This was the only thing standing in their way and the hopes of finding someone to fill the role were growing slim.

Cue Matt, with guitar in hand, glorious cape over his shoulders, pants on top of his trousers and a group of young choir boys following him into the room singing hallelujah. Okay, slight exaggeration but you get the point. Matt was the one for us and it wasn’t long before talks of gigging and recording the EP came about.

April 2014 saw the band come together to record their first EP. Named after the original song “Reach”, which ironically is now one of the softest songs the band have, the EP combines huge metal riffs, strong catchy chorus’s, beefy drum tones and aggressive female vocals. Flitting between the heavy and powerful “Chinese Whispers” to the soft and beautiful ballad that is “Lost’, this EP truly grasps the bands sound, which has evolved immensely since that very first practise in October 2012.

Since their first gig back in May 2014, Secrets of Mariana have captured the attention of crowds in and around Birmingham with the hopes of taking their unique sound further in 2015. They have played with the likes of LostAlone, Stonepit Lane, Burn Down Rydell, Midnight Convoy and many more, making some great friends along the way and enjoying the live atmosphere to the max.

2015, according to the band will be huge. They tell us it will see the release of the bands first music video. New material is also currently underway for their second EP, bringing more slamming tunes to their already energetic live set. The band are looking to gig around the UK as much as possible next year.