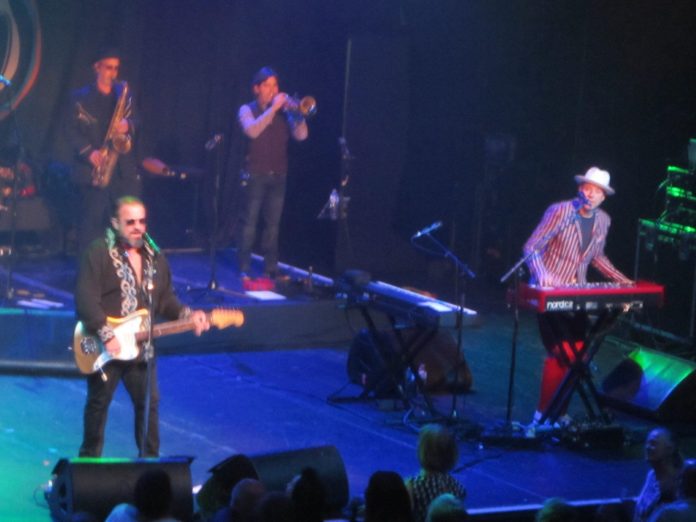 I sometimes refer to it as the “Don’t Stop Believin’” moment. Most bands build up to the “big” number. Leave them waiting, even do it in the encore.

Journey didn’t, they did theirs halfway through when I saw them a decade or so back  – after which, there was a stampede for the exits.

The Mavericks are made of sterner stuff.

They don’t mess about. They do “Dance The Night Away” at the start of this. The thing sold 400,000 copies in the UK, crikey, my late mother used to do line dancing to the song, and everyone knows it.

The Mavericks revel in it, and more than that, more than the po-faced bands who don’t want to play the hit, they appear delighted that they can put smiles on faces.

Why? Well, simply for no other reason than The Mavericks are here to entertain. And over the course of the next 100 minutes, they prove that they are quite brilliant at it.

“There Goes My Heart” is a vehicle, as so many are for this superb band – and everywhere you look from guitarist Eddie Perez, to extrovert keysman Jerry Dale McFadden to the horn section that so informs this – to show how skilled they are.

“Easy As It Seems” is a vehicle for the horns to take centre stage, “Summertime” even has a flourish or two of reggae as it breezes by, but that is only half of this.

The other half is the crowd themselves. Some of these people are having the time of their lives it seems. Rarely do you get to use the phrase “dancing in the aisles” and mean it in any way literally You can here and there is a couple in full cowboy regalia in particular who never stop. 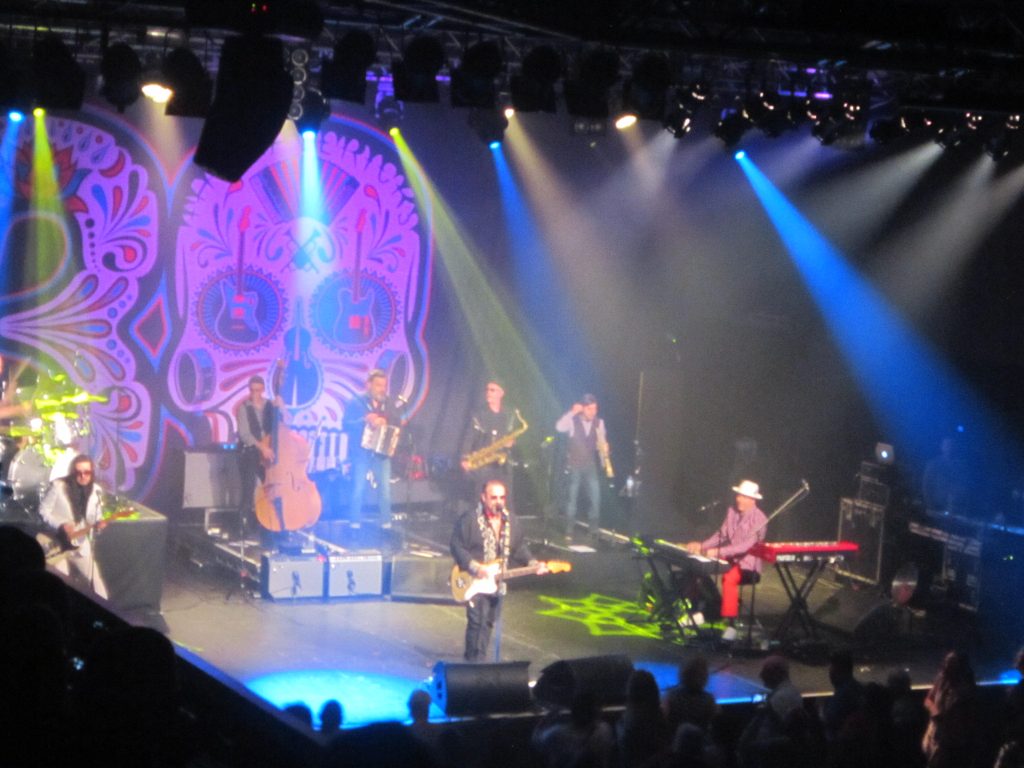 That’s the point, I am going to guess of shows like this. This is the old time country my gran used to play, mixed with the most pure rock n roll since people walked into Sun Studios to do their thing, and it is absolute, unadulterated fun.

“Dancing In The Moonlight” boasts an accordion solo of rare quality and there is a bluesy touch to the riff of “Every Little Thing About You”, while the couple of covers they play, Roy Orbison’s “Blue Bayou” and “Blue Moon” are lovingly, rather than faithfully done – with a little Tex Mex on the side to taste.

Raul Malo, who stops beaming only long enough to say “thanks for coming” is very obviously a wonderful songwriter too, as things like “Oh, What A Crying Shame” – one of many in a lengthy encore – neatly explain.

In true rock n roll tradition, though, they save the best for last. “All You Ever Do Is Bring Me Down” is mighty, in any setting – and the front rows are dancing long after the outro tape, appropriately enough Guy Lombaro’s “Enjoy Yourself” has come on.

On the way to the gig tonight my mate (he’d seen The Mavericks before, I hadn’t) said to me: “At the end of the day, you don’t get to play a 30th anniversary tour unless you know what you’re doing.”

There is much truth in that. This was one of the more life-affirming evenings of live music. One where you – almost literally – could leave your troubles at the door. And no one, you suspect I happier about that than the band itself.