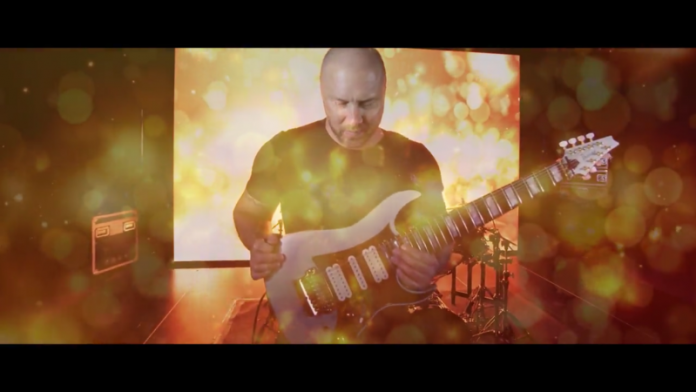 Prog guitar virtuoso SCHIERMANN has announced that drummer Arnaud Verhier, bassist Matt Ball and guitarist Zane WIlliams will make up his band on the ‘Road To UK Tech-Fest’ tour with ARCH ECHO.

Arnaud is best known for playing in French proggers Uneven Structure, Serbian experimentalists Destiny Potato, and he was once the drummer in French metal band Kadinja. Matt Ball plays with UK metal band Nycosia and Zane Williams has played with many artists including Sonny Rhode, The Consul and more.

SCHIERMANN has just released a play-through of ‘Northern Lights’ by Matt Ball, check it out here:

The SCHIERMANN self-titled LP also contains one track with vocals, featuring a guest performance from renown vocalist Ashe O’Hara (Voices from the Fuselage, ex TesseracT). Its melodic and floaty passages and Ashe’s unique vocals make for a beautiful song, which complements the rest of the album’s more technical and frenetic style.

Catch SCHIERMANN and ARCH ECHO live from 30 June on one of the following dates:

The SCHIERMANN self-titled debut is a journey of adventurous, infectious melodies and intelligent grooves topped off with a large dose virtuoso lead work inspired by many players across the decades. Chris’ first love Randy Rhoads’ style is very present, along with the grit of Van Halen, finesse of Steve Vai and the inventiveness of Tosin Abasi.