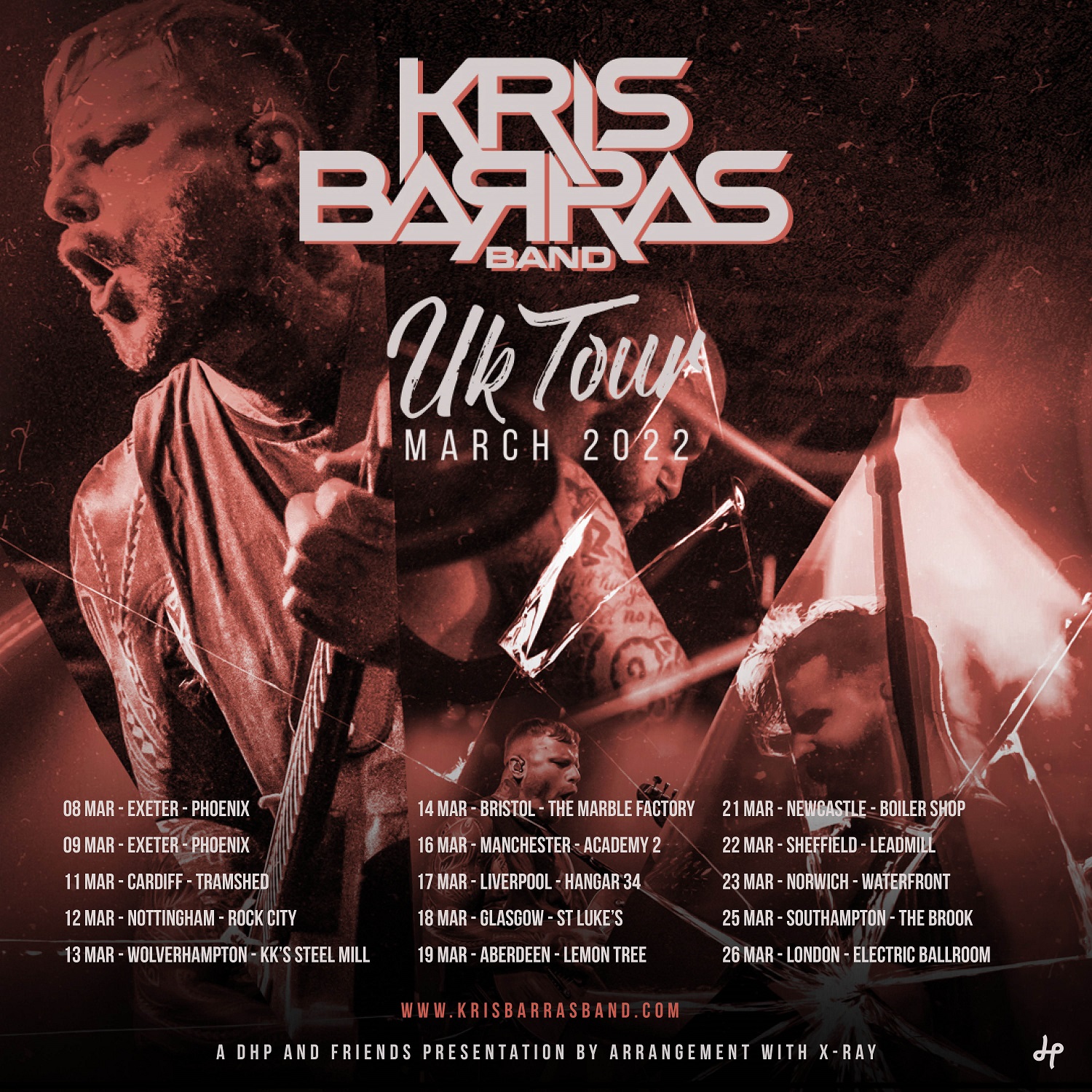 Kris Barras Band today release their brand-new album Death Valley Paradise via Mascot Records/Mascot Label Group. To celebrate this, they have revealed the “Making Of” the album video which you can see here.

Next week the band will be beginning their biggest headline tour of the UK to date, playing 15 shows, beginning in Exeter for the first of two shows at the Phoenix on 8th March and finishing at London’s Electric Ballroom on 26th March. You can buy tickets from here.

Death Valley Paradise started life as a song before it was dissected and spread across the album. Death Valley is a place of extremes, where living things are said to not be able to survive. “To survive and thrive in those circumstances and find your paradise in it. For me, it sums up the journey I’ve been through,” says the former MMA/Cage fighter.

They’ve so far released four singles, including the album’s high voltage calling card, “My Parade” – Barras says, “This is my life, and this is how I’m gonna live it.” Album opener and first single, “Dead Horses”, shakes the foundations delving into broken relationships, he addresses negative internal thoughts on “These Voices” and on “Who Needs Enemies” Barras says; “This track started life as one of the first songs I wrote for the album. It was originally called ‘Friends Like Enemies’. I probably re-wrote it 4 or 5 times before settling on the final version, after working on it with a songwriter friend based in Nashville, Blair Daly. It’s basically a song about betrayal, a friend that has stabbed you in the back. The main tag line being “Who needs enemies, with friends like you”.

Death Valley Paradise is the band’s heaviest material to date and they ended last year with triumphant 16-date sold-out tour supporting Kentucky heavyweights Black Stone Cherry – including the iconic Royal Albert Hall in September 2021 and they played two nights at the prestigious Shepherd’s Bush Empire, London with The Darkness in December, playing the new songs to a rapturous response. Following their headline tour this month they will be playing the prestigious Wembley Arena with the mighty Thunder in May.