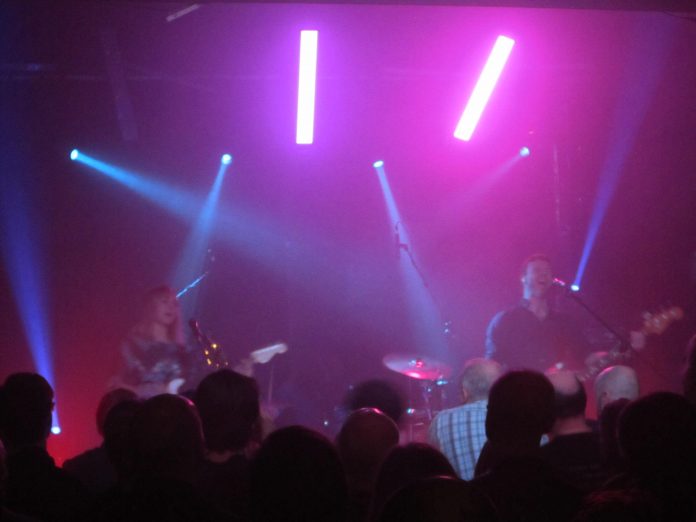 Tonight wasn`t as such a Celtic invasion but certainly a pleasurable taste of what Cymru has to offer with two in form Welsh indie / alternative rock bands. The opener this evening is Carmarthen experimental post punk three-piece Adwaith comprising Hollie Singer (vocals, guitar), Gwenllian Anthony (bass) and Heledd Owen (drums). Adwaith meaning Reaction sing in both English and Welsh and share a short but intense thirty minutes of their thoroughly enjoyable melodic grooves. I really enjoyed new track `Hey`, `Dunno`, the mesmerising `Gartref` and closing track `Wine Time` They have an album called “Melyn” released towards the end of last year and I would coax you to check it out and catch this band if they hit your town. 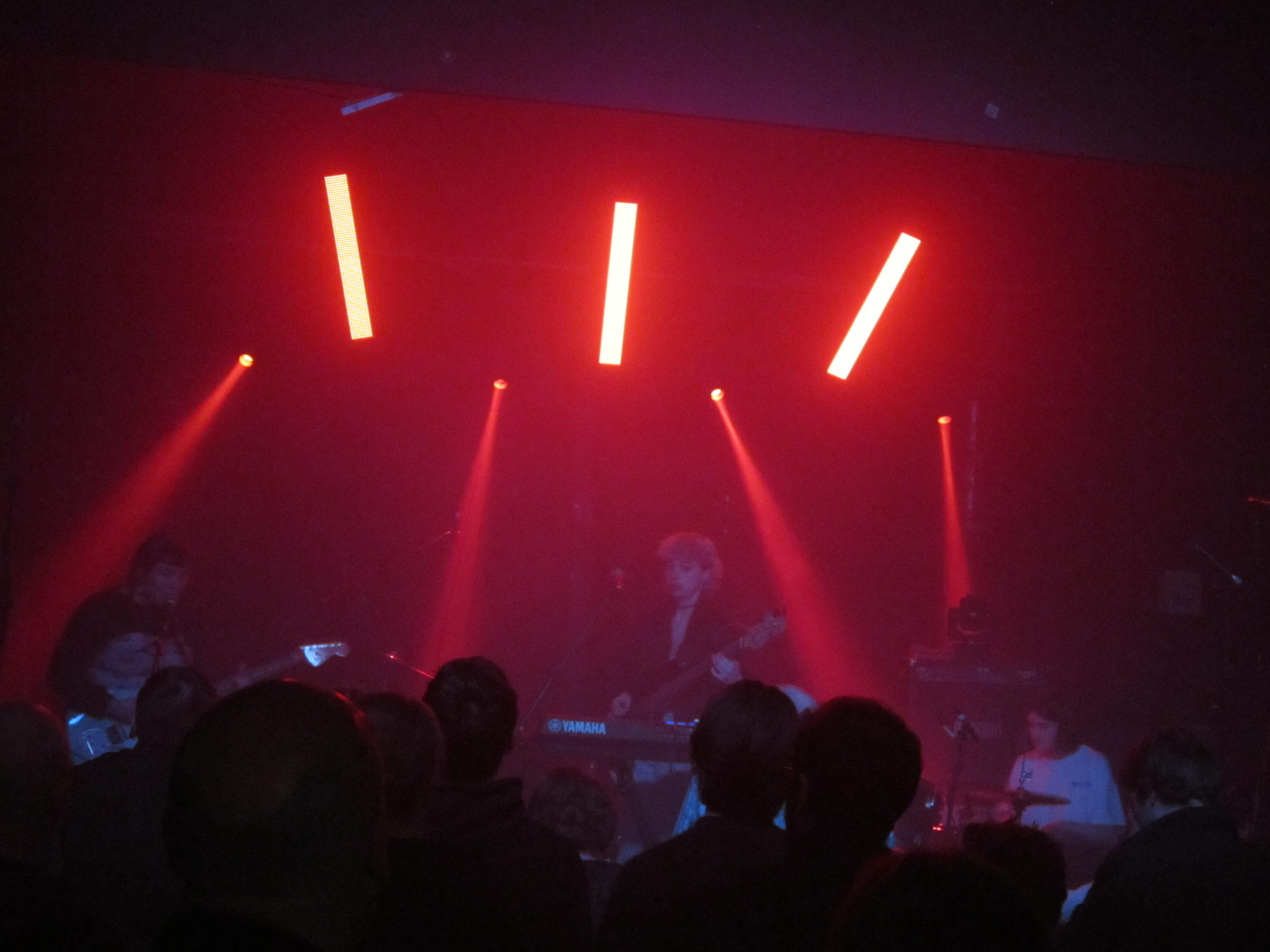 I missed The Joy Formidable last time they played at The Rainbow in Brum so was looking forward to catching them at this nigh on full O2 Institute. The band open with my favourite song, the haunting but hypnotic `Y Bluen Eira` from their last release and fourth studio album “AAARTH” The title references the Welsh word ‘arth’, which means `bear` The song is much more intense live but still retains a hint of LL Cool J`s “Phenomenon”, but maybe that`s just my ears. The band share a couple of tracks from their debut album “The Big Roar” with the quite belligerent `I Don`t Want To See You Like This` and the thumping, driving `Cradle` Another cut from their latest release, the introspective `The Wrong Side` follows before we get the entrancing `Ostrich`, a song written about learning to forgive somebody. The band share some repartee with the audience, where it`s established that they are the finest band to hail from Mold, well the only band, the only other musician that came from there is the guitarist from Coldplay so you can imagine the reaction that got. The band crack on with the fuzzy `Passerby` which highlights what an accomplished guitarist Rhiannon “Ritzy” Bryan is, apart from her versatile vocals. Rhiannon and the other members of the band Rhydian Dafydd (bass) and Matthew James Thomas (drums) play an acoustic version of `A Heavy Abacus` highlighting another side of this group. The show continues electrically and closes out with `Underneath The Petal`, the sublime `Y Garreg Ateb` and compelling `The Leopard And the Lung` A short break is had, before the band return for an extended two song encore that includes `The Ladder Is Ours`

Amongst the words that appear in the definition of the term formidable are intimidating, daunting, awesome and fearsome and I have to say this troupe tick all those boxes and more. We had some contemplative, meditative tracks tonight alongside some that were fierce, pounding, thumping and contained a controlled crescendo of sound that built up to a gratifying wall of noise. This show was breath-taking at times and i`m so glad I made the effort to get to see them this time. I would encourage you to do so as well.

Previous article
THE GENESIS OF DEVIN
Next article
DEMOB HANDED