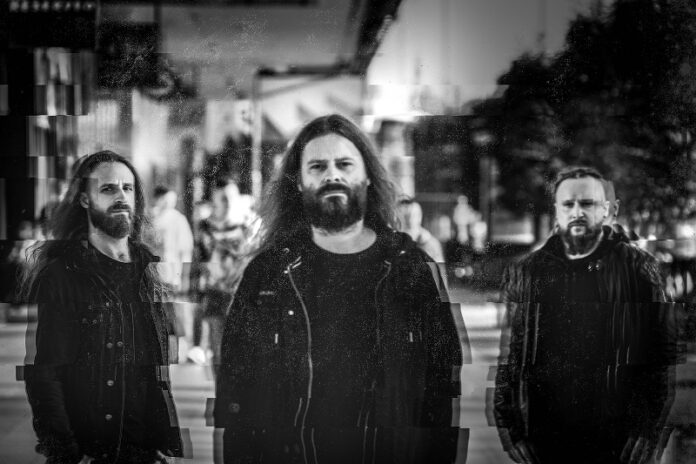 Today, Decapitated are proud to release their 8th studio album ‘Cancer Culture‘. The most versatile album in their catalogue, it will undoubtedly surprise fans with new elements, such as guest vocal appearances from Tatiana Shmayluk (Jinjer) and Robb Flynn (Machine Head).

To celebrate the release of ‘Cancer Culture‘, Decapitated have yet another surprise in store. Robb Flynn from the mighty Machine Head has contributed hauntingly beautiful vocals to the track ‘Iconoclast‘, and features in the accompanying video.

Vogg commented,
“Cancer Culture is out today!!! We’ve been waiting for this special moment for a very long time. It seems like ages – its been five years since our latest release ‘Anticult’, with sixteen months of working on the ‘Cancer Culture’ album, plus waiting almost a year to be able to share it with you finally. You can expect to hear varied tracks, outstanding production values, fantastic artwork, and of course, as always, something you won’t have heard before on a Decapitated album.
To celebrate this day, we decided to release a video for ‘Iconoclast’. To mark this occasion, we returned to the studio where it all started, where we recorded drums for the album, to once again feel an incredible energy and cool vibes, while making the video.
As you probably know, we have an exceptional guest on the track, the metal legend and friend of ours, the one and only Robb Flynn. His contribution became one of my favourite parts of this album. It’s a huge honour to have Robb in this project, and I hope you will dig the song. It’s a different song – not blasting madness as most of the songs on this record, but still powerful, fast, and crushing.
Decapitated are back, strong and alive! From pain to strength! Enjoy!
~Vogg”

Robb Flynn commented on the collaboration:
“When Vogg asked me to sing on this Decapitated track, I was honoured to jam with pioneers and such insane musicians. When he sent the track I was blown away at this incredible melodic section in the middle. When he told me the song was called Iconoclast, I knew exactly what needed to be said. An Iconoclast is “a destroyer of images used in religious worship”. This song had to address the hateful, growing fascist Evangelical movement growing around the world. The cruel men who wish to hide their cruelty under a cloak of faith and zealotry.”

Again, Jarek Szubrycht (Carnival is Forever) contributed with amazing lyrics about the disparity between the dreams, ambitions, and the aspirations of humanity. The leading album engineer was Tomasz Zed Zalewski (Anticult), David Castillo was responsible for mixing the album, and Ted Jensen for the final mastering touch. The amazing cover artwork comes from Fabio Timpanaro, an Italian artist whose work perfectly describes what the band wanted to portray.