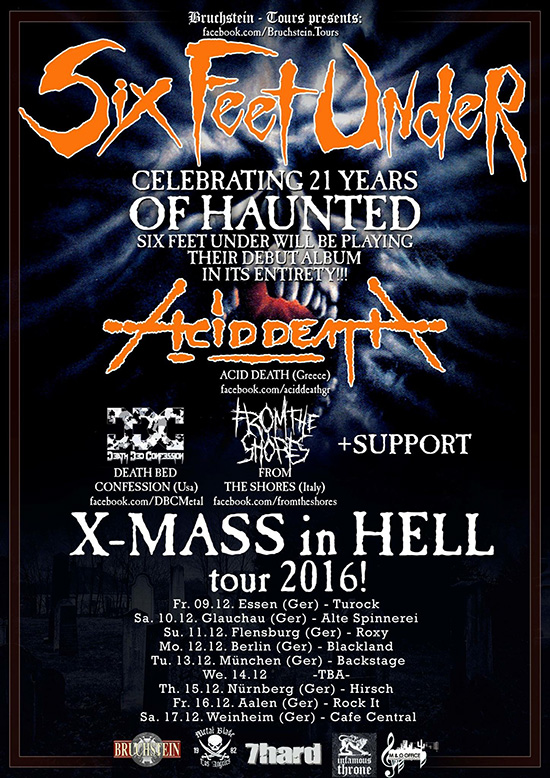 SIX FEET UNDER has just announced the X-Mas in Hell Tour 2016 through several German cities.

Chris Barnes and his gang are celebrating 21 years of ‘Haunted‘, the milestone debut of SIX FEET UNDER, and will be playing the album in it’s entirety! Comments Chris Barnes: “Hard to believe it’s been 21 years since the release of our first album Haunted…we have wanted to do something special for the past year to celebrate the release of our epic first album and do something special for our fans. Also it’s something we have never attempted, play entire one of our albums from beginning to end live, it will definitely be challenging and a whole bunch of fun! if you are going to be anywhere near to these shows…run, jump, crawl…do whatever you have to do and come and see these shows motherfucker, it’s gonna be sick!”