The Guardian Of Ideas 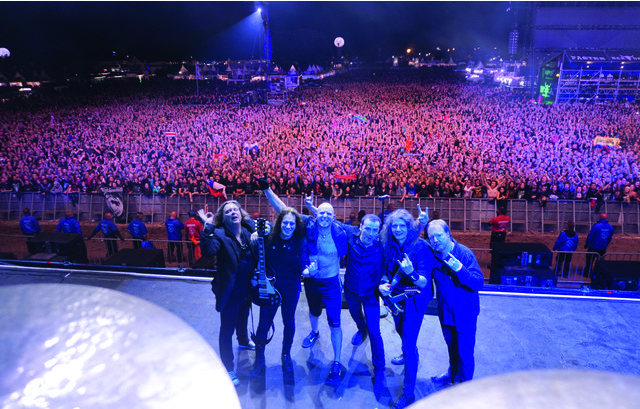 July 12, 2017
Reading time: 2 min.
Facebook
Twitter
Pinterest
WhatsApp
Linkedin
Email
Print
Telegram
Copy URL
By Andy Thorley
Progressive power metallers BLIND GUARDIAN are set to release their first live album in 14 years
Live Beyond The Spheres is a collection of 22 tracks including all-time classics such as ‘The Bard’s Song (In The Forest)’ and ‘Mirror Mirror’, but also rarely performed tracks like ‘And Then There Was Silence’. Today sees the release of the first album trailer in support of the release. Watch and Hansi Kürsch and André Olbrich discuss how the idea for the new album came about.

“We compiled one ‘show’ out of the best tracks from more than 40 live performances, recorded during our European tour in 2015. That’s how we pinned down the most beautiful and atmospheric moments on this medium”, explains guitarist André Olbrich.

Pre-order Live Beyond The Spheres digitally to get ‘Prophecies’, ‘Mirror Mirror’ and ‘Twilight Of The Gods’instantly: https://itunes.apple.com/gb/album/live-beyond-the-spheres/id1240180696?app=itunes&ign-mpt=uo%3D4

Previous article
FEATURED BAND: RESCUE RANGERS
Next article
A Fourth Round Of Rage