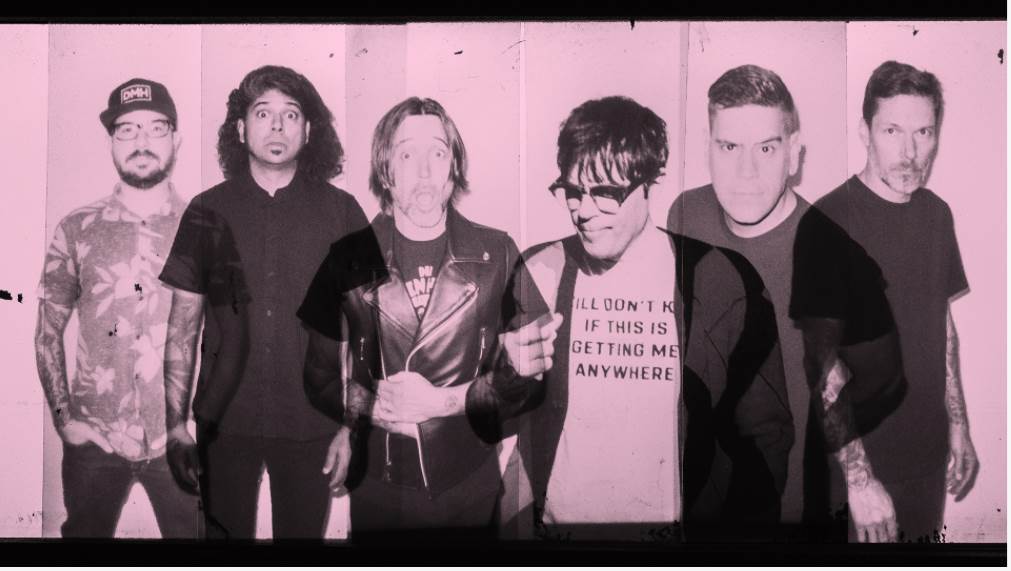 Juno Award-winning rockers Billy Talent have joined forces with Rivers Cuomo of Weezer on their new single “End of Me.”  The song is the latest new music from the band, following a string of recent hits that include the #1 singles “Reckless Paradise” and “I Beg to Differ (This Will Get Better),” along with the anthemic prog-inspired “Forgiveness I + II.”   The new single arrives with a lyric video, which can be seen here.  Fans can click here now to hear “End of Me (featuring Rivers Cuomo).”

Of the new single, the band say, “This is a full circle moment for us. We’ve admired and have been fans of Weezer since the Blue Album until now. Before we had a title, this song was originally called ‘Hendrix+Weezer’ so it only felt right to ask Rivers to sing on it. The song encompasses the essence of 90’s alt-rock which was a hugely impactful and influential time for our band.   We’re proud of the song and very happy to have Rivers be a part of it.”

In addition to the new single, Billy Talent has completed recording and announced a release date for their forthcoming album CRISIS OF FAITH.  The ten track LP was produced entirely by the band’s guitarist and main songwriter, Juno-nominated producer Ian D’Sa, in the band’s Toronto studio and was mixed by the legendary Chris Lord-Alge.   The album will drop on January 21, 2022.   Those who pre-order CRISIS OF FAITH will have the opportunity to win a one-of-a-kind Player Series Fender Stratocaster modelled after Ian’s own Strat.   Click here for all the details.

In addition to being available digitally, on CD and on Vinyl LP, a special limited-edition Deluxe Vinyl Package of the new album is available for pre-order.   A multi-channel Dolby Atmos mix of the album will also be available digitally.    Pre-order/Pre-Save CRISIS OF FAITH here.

Billy Talent are one of Canada’s most successful bands.  They have sold nearly one million albums in Canada alone and nearly 3 million albums internationally.  They have won 7 Juno Awards and have been nominated 23 times, including three nods for their most recent studio album Afraid of Heights (Group of the Year, Rock Album of the Year, and Ian D’Sa for Producer of the Year). They have also been nominated for 32 MMVA Awards – taking home the prize 10 times.  In 2018 the group was honoured with the Legends of Live Special Achievement Award, presented by Canadian Music Week.  Most recently, Billy Talent have launched the Billy Talent Charitable Trust to give more back to the organizations that the band supports.