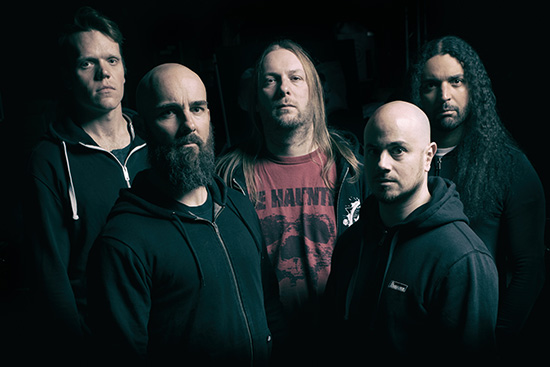 All good things must come to an end…

And it’s now been 26 (!) intense years of sacrifices for the thrash metal cause for us. Despite numerous setbacks, DEW-SCENTED never split up or even stopped for any significant amount of time. We were always blessed with great opportunities and a strong will to soldier onwards.

All in all, we have had an amazing ride with this music we love and not only played countless great shows across the globe, but released ten (!) albums and most importantly, we made tons of life-long friendships along the way because of the band.

But it’s time to realize that we won’t be able to forge ahead much further because DEW-SCENTED just won’t work without complete and constant dedication. And giving such a full-time commitment simply isn’t possible anymore because of how life otherwise evolved throughout the years.

Having acknowledged that fact, we feel it’s best to wrap the band up in a proper way, with a purely positive feeling. To go on our own terms and with the best possible “conceptual end” (like the song on “Issue VI”, haha!), instead of leaving our destiny to chance or someone else’s actions.

DEW-SCENTED will therefore perform a last run of shows in the coming months and then have a very last special show in the group’s hometown Walsrode in Northern Germany on Saturday, October 6th, 2018 to celebrate the band’s legacy in style one last time.

Who knows, maybe we still manage to add some more last minute date(s) for the rest of the summer, but after October 6th, there will be no more frontline activities for DEW-SCENTED, no planned concerts and no further recordings.

We would like to thank everyone who has encountered, enjoyed or supported DEW-SCENTED at some point and in some way throughout the years. Basically to all of you reading this here!

Professionally, we would like to thank our record company Metal Blade as well as our previous partners at Prosthetic, Nuclear Blast, Grind Syndicate, Steamhammer/SPV and all their affiliated licensing associates for releasing and promoting our music.

Also thanks and cheers to all our former members or session players, our buddies in other bands, media outlets, publishing partners, booking agents and the local promoters who got involved with us in some capacity.

We will hopefully continue seeing you around in one way or another again!

Don’t forget that the music is out there and will forever remain available for all of us, especially if we keep supporting the scene and the young, talented bands out there!

And to end as we started, with another proverb: all’s well that ends well.