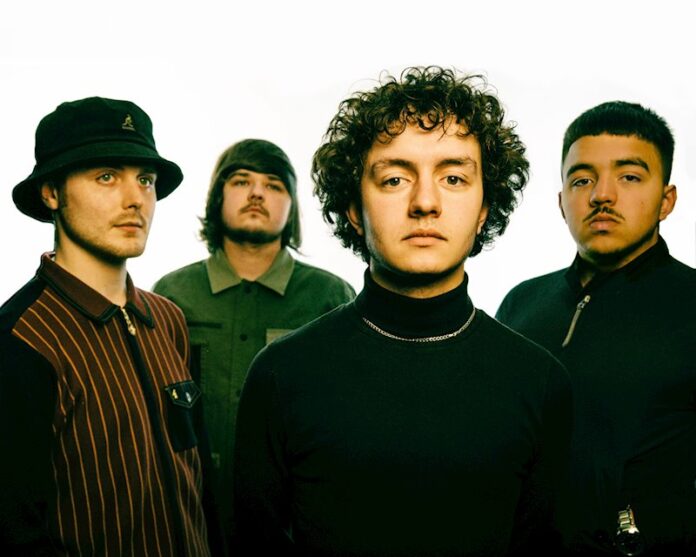 THE CHASE release their wonderful new single ‘Set The World To Rights‘, out now on Golden Robot Records.

Golden Robot Records recently released the latest single from UK rockers The Chase titled ‘Death of Me’, a brilliantly crafted rock track and 4-minute rollercoaster, echoing The Beatles’ classic ‘All You Need Is Love’.

The band have today released their new single ‘Set the World to Rights’ on all digital platforms. It is an interesting ballad-esque styled track that they say is a mix of The Beatles, The Bee Gees and Morrissey.

“‘Set the World to Rights’ for me, is our best song yet. I am the most proud of these lyrics out of all of our tracks to date. The song was inspired by classic ballads such as ‘Nobody Loves You’ by John Lennon, ‘Only You Know’ by Dion (not our Dion) and ‘This Guy’s in Love with You’ by Burt Bacharach,but with a real modern feel. The song lyrically is a tale of two sides – the verses speaking about hard times and loneliness but the chorus speaking about finding someone and changing your perspective. It reflects on a particular time in my own life and is a very personal song.” – Tyler Heaney (Vocals)

Listen/Buy ‘Set the World to Rights’HERE

ABOUT THE CHASE
From rebel city Nottingham, The Chase fuse Brit-Pop nonchalance with killer 60’s choruses and arena sized rock and roll to make a noise that is truly unique. The Chase began life at the young ages of 8, 10 and 11 when singer, Tyler Heaney, recruited his younger brother Dion, to play drums alongside cousin, Luke Childs, on bass.
The band would later be complete when school mate, James Cahill, joined on keys to turn the family trio into a quartet. Inspired by their council estate roots, The Chase named themselves after the very streets on which they were raised and they began their ascent towards capturing the attention of the UK. Well on their way up, they are heading towards their debut performance at Isle of Wight Festival 2021, a sold out 450 capacity hometown show, and a whole heap of other magic yet to be announced.