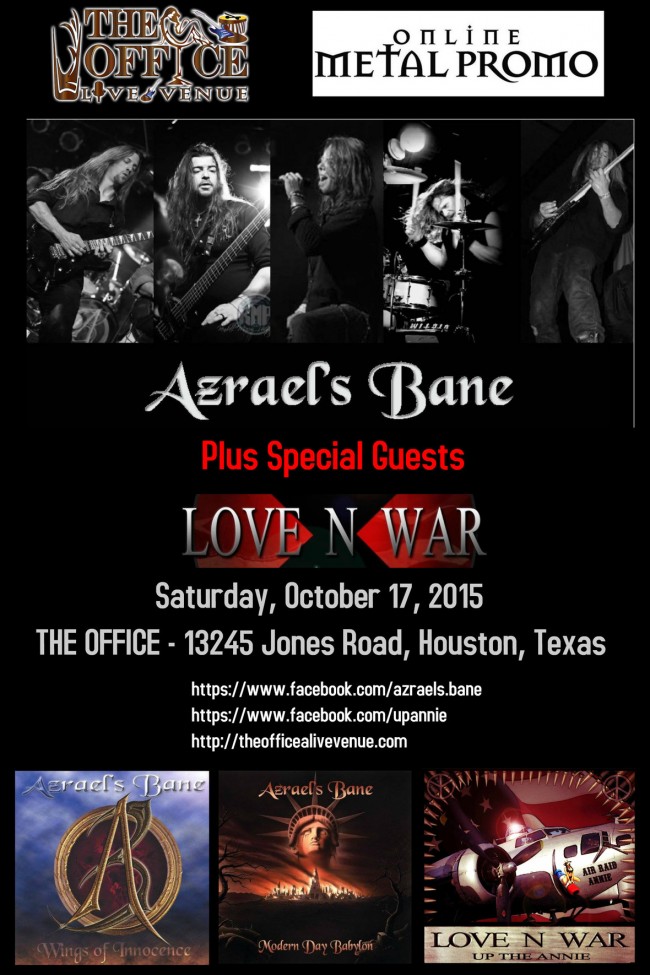 Houston band are back

Re-activated melodic hard rock band AZRAEL’S BANE are firing off the engines once again and have announced their reunion show to be held on October 17, 2015 at THE OFFICE live venue in their hometown of Houston, Texas.

AZRAEL’S BANE vocalist Trey Gadler has checked in with the following update:

“We never really broke up. We just had a lot of things happen all at once that made going forward with the band difficult at that time. Our label went under. Our drummer moved out of state. A couple of us were going through divorces and a couple of us were having kids. It was just a ton of stuff, so we just tabled things for a while. Most of us dabbled in other projects during the break, but we’ve always stayed in touch. Those guys are all like brothers to me. Bane is family and we’re back now. Everybody is back on the same page and we’re ready to roll. Our rehearsals have been going well, and we’ve started writing again, so the future is bright for Azrael’s Bane. It’s gonna be a hell of a ride.”

For the latest band news and show dates, visit their official Facebook page: