The Answer Has Landed 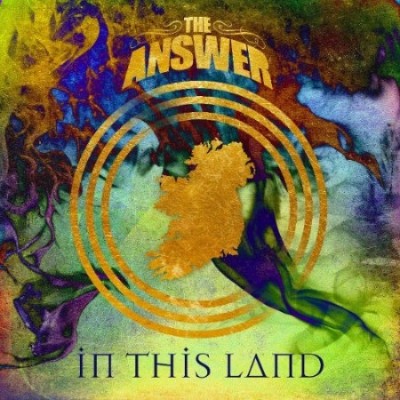 Following the recent success of their much heralded and critically acclaimed studio album Solas, The Answer are pleased to announce the first radio single from that record, ‘In This Land’, to be released on St Patrick’s Day, March 17th2017.

A soaring paean to their Northern Irish culture, The Answer bring to life a land of “heroes, criminals and stars.” Referencing influences such as Van Morrison, Alex Higgins and Rory Gallagher, the song not only acknowledges the success of local boys made good but also tips a hat to the many diverse local characters and talent that make up this unique landscape of ‘Irish-ness’. Welcome also to the world of ‘Crazy Joe’ and the ‘Mystery Men’, a fictional band of armchair socialists and freedom fighters whose alcohol-induced views dissipate into reality with every passing sunrise.

Says singer Cormac Neeson, “The song is about growing up in Northern Ireland and the sense of cultural identity that such an upbringing spawns. It’s a very colourful and wonderful place, at times contradictory, at times tragic but always unique and oh so memorable. It’s something we’re all very proud of; our little land has been responsible for its fair share of heroes, criminals and stars!”

With ‘In This Land’, The Answer have gone back to their roots and rediscovered their inner selves bringing to the fore a much more contemporary and mainstream sound, utilising acoustic guitars, mandolins and layered chorus harmonies. Never have they sounded so fresh and this new sonic approach has garnered some of the best international reviews the band have ever had:

Following on from a sold out November 2016 UK run, the band have announced eight further UK headline shows to support the ‘In This Land’ release including a headline slot at the Planet Rock Winters End festival in Dorset.

The Answer are firmly embarked upon a new musical and creative journey and ‘In This Land’ should propel them firmly into the mainstream consciousness.