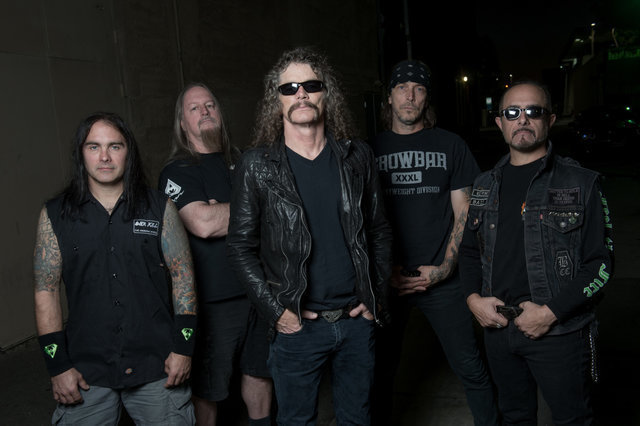 Legendary New Jersey thrashers OVERKILL will release their Live In Overhausen album on May 18, 2018 via Nuclear Blast. Today, the band release the second digtal single “Thanx For Nothing”. The video can be seen here:

The band states: “I think what made this special for us was all of our involvement from start to finish, the guys, the label, the agent. I remember DD and I talking in Belgium at the Alcatraz Fest, about doing both records for the DVD. It couldn’t have been more than 5 minutes later, our guy Jaap, from NB walks in …he says:’both? In one night?’ – ‘Yea, both…..it’s fucking Overkill'”

Celebrating the band’s history, Live In Overhausen captured not one but two album anniversaries. Fans assembled on April 16, 2016 at Turbinenhalle 2 in Oberhausen, Germany for the 25th anniversary of Horrorscope and 30th anniversary of where it all began, Feel The Fire. A full night of ‘kill from the past played loud and in its entirety!