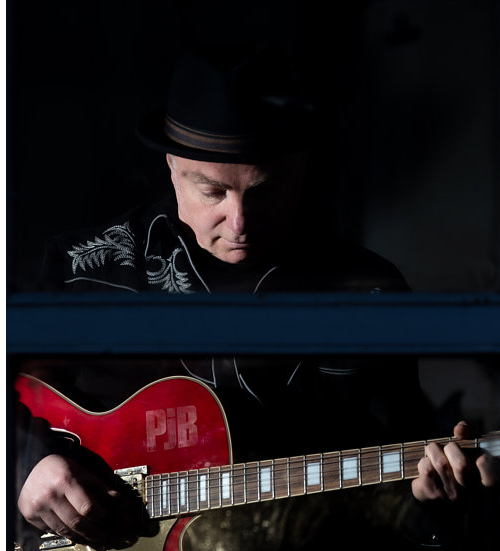 Irish songwriter PAUL J BOLGER has just released a new video for the track ‘Testify’ from his second album Hard Truth, which came out at the end of last month through Pillarstone Productions.

Waterford-born Paul, who’s been compared to the likes of Paul Brady and Jackie Leven, released his self-titled debut album in June 2020 through Canada’s Wolfe Island label. It had some great press but, inevitably, couldn’t be promoted as he’d hoped – particularly in terms of live shows – thanks to the pandemic. Hard Truth features mostly new material while revisiting some songs from his debut EP, all recorded this time in his native Ireland with Irish musicians and producer Dave Molloy.

Paul has a number of strings to his bow besides music: experienced in animation and design, he was the Art Director on the recent Riverdance animated movie and has just published his first graphic novel Hound (Dark Horse Comics) a collaboration with a Celtic rock legend, Horslips’ Barry Devlin, based on the story of Irish folk hero Cú Chulainn.