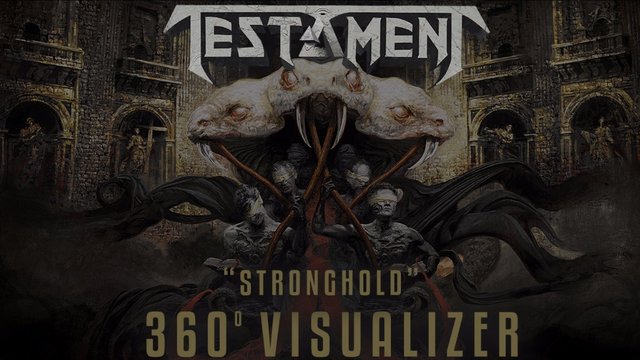 Legendary bay area thrash metal giants TESTAMENT, will release their 11th album, Brotherhood Of The Snake on October 28, 2016 via Nuclear Blast. Today, the band has released an interactive 360º visualiser for the brand new track, “Stronghold“.

– Alternatively, pre-order the digital album and receive “Stronghold” and the title-track as instant-grat downloads:http://nblast.de/TestamentBOTSIT

Vocalist Chuck Billy recently sat down with WeedmapsTV / Marijuana.com for an exclusive interview. In it the two discuss the evolution of the marijuana industry, a subject the band touches on in a new song off their forthcoming record, Brotherhood Of The Snake. Check out the interview and a preview of the track “Canna-Business” here.