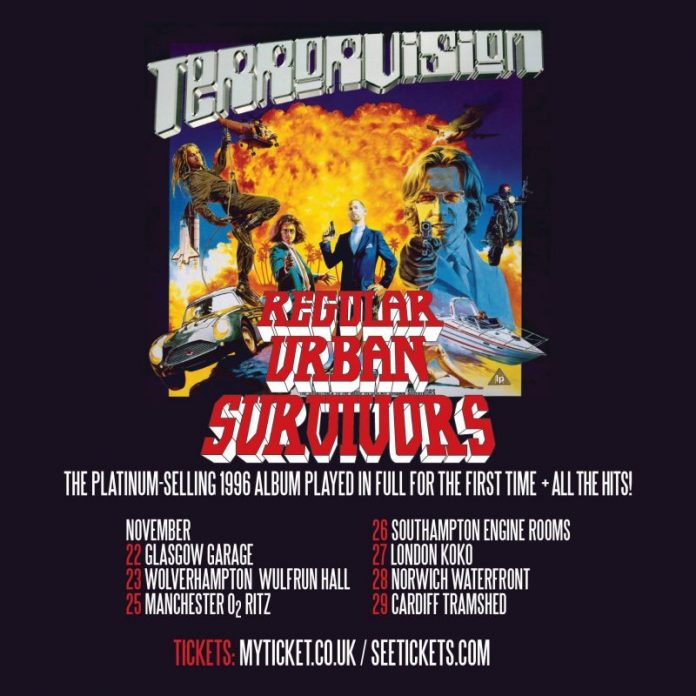 Playing in front of other bands fans is a skill that some bands haven’t got. Tax The Heat have made it an artform. Prior to this UK jaunt with Bradford’s finest, they’ve just been in Europe with….urmm…Europe, and that’s before you take into account their shows with Black Star Riders, Aerosmith et al, over the last few years. But then, then there’s a reason that the West Country mob keep getting these gigs – they are extremely good.  Watching them over the last few years has been to watch a band mature to the point where they are surely ready for the next level. The brilliant “Fed To The Lions” record is enough to prove this theory correct. Often lumped in with the retro rock crowd, they are too modern and too savvy for that. They have developed a pleasing swagger too, singer/guitarist Alex growing as performer, delivering songs like “Highway Home” and “Animals” -which in fairness struts at the worst of times – with aplomb. Even their slower, more deliberate material like “Under Watchful Eye” crunches here and the album’s title track slams. Going down well enough to instigate cheery singalong after  “Lost Our Way” means another set of punters is won over – but then that assumes such a thing was ever in doubt.

It did seem like an innocent question, posed in the chorus of a song: “D’ya Wanna Go Faster?” chirrups Tony Wright, as he’s done a million times before. Except, tonight it turns out that Wolverhampton collectively quite fancies the idea of speed and is calmly going crackers at the prospect.

Terrorvision, it rather unequivocally seems, are back.

The matter in hand began around an hour before Wolves decided that, yes, thank you it would quite like to quicken up, and it did so with “Regular Urban Survivors” being played in full. The reason for this? Well, staggeringly, the damn thing is twenty years old, that is as Tone puts it: “In the last millennium and that”.

Back then, the four piece were a big deal, bothering the charts, getting on telly a lot and selling out massive gigs all over the place. The fact the record is two decades old is all that is needed for some reflection, and its funny how things stick with you, because your humble scribe can vividly recall that the first trip ever taken on my own when passing my driving test early in 96 was to buy that song about whales and dolphins that knocks everyone for six, when its played third track in here.

“….Survivors” is an album that has stood the test of time. “Perseverance” (of course) “Bad Actress” and “Celebrity Hit List” will always be staples of any Terrorvision set – not just this one – but the others, like “Dog Chewed The Handle”, “Hide The Dead Girl”, “Didn’t Bleed Red” and the riotous “If I Was You” prove that this was a classic of the period.

With the greatest of respect to the record, though, it is the second part of the title of tonight that is arguably more important. “And all the hits” says the poster, and boy, it ain’t lying. Because after a Kylie-esque change of clothes, the four are back, and to say they are firing on all cylinders rather sells it short.

On a stage the band were always great, here though,  they verge on the unstoppable. Firing them out one after the other, the mega hit “Tequila” “Josephine” “American TV” and “My House” come and go like some 90s Brit Rock karaoke and those of that get misty eyed at the mere thought of growing up with bands like Thunder, The Almighty, The Wildhearts, Three Colours Red, Honeycrack, The Little Angels and all the others can do so here (take note any documentary on music history, there was other stuff happening in the mid 1990s away from Seattle).

A little before “…Survivors” Terrorvision had released their second album, it sounded then like a Greatest Hits record, it still does. The songs they play from “How To Make Friends And Influence People” are all greeted like long lost family by a crowd who at this point have largely forgotten they are too old to jump around lunatics on a school night and are right in the groove. “Discotheque Wreck” and “Pretend Best Friend” are superb, “Middleman” melodic and “Alice, What’s The Matter?” off the charts.

It ends, as you kinda guessed it would, with everyone waving arms in the air, shouting “do wop, bop bop, do wop” and wondering what to do if all the people in the world moved into their back garden. As it does, the three original members here, Wright, guitarist Mark Yates and bassist Leigh Marklew (who wrote most of these songs) grin from ear to ear. Who knows what they are thinking, but you can bet it’s along the lines of “lets do this again, shall we?”

Tonight, Terrorvision were as shit ‘ot  as they ever were and my how these songs have survived.