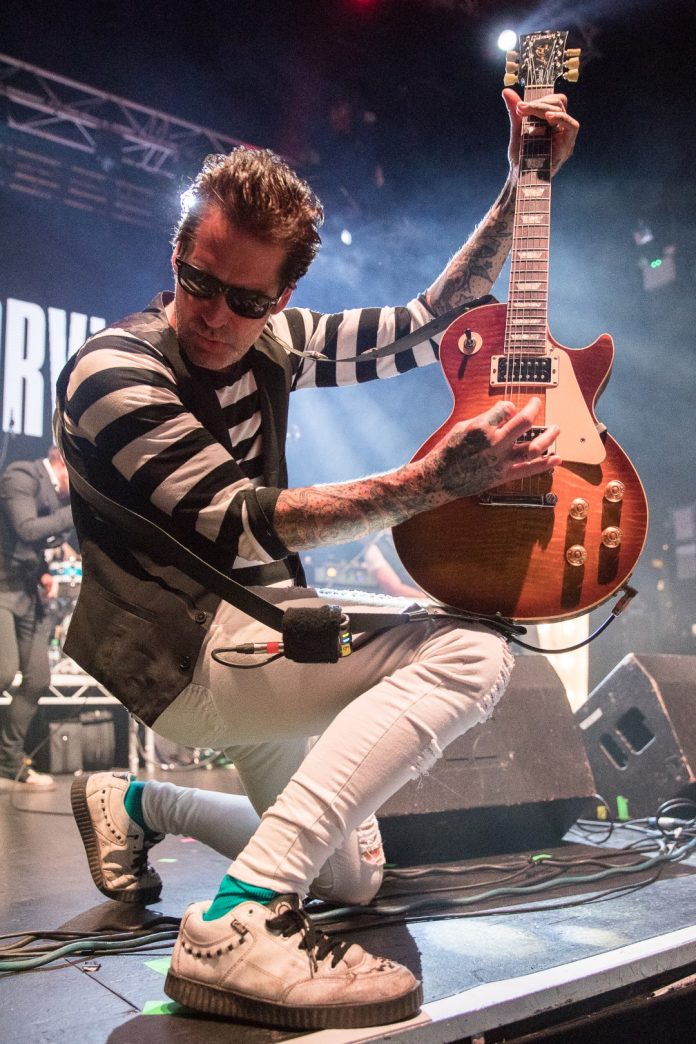 Terrorvision remain one of the most remarkable and treasured Brit Rock bands of the 90s. With numerous chart successes and a loyal fanbase, they represent everything that is best about British rock music. In 2018 they embarked on a major tour which brought them to the legendary London Hammersmith Apollo.

“Party Over Here…Live In London” celebrates a stunning live comeback by one of the bands that helped define the 90s rock canon: Terrorvision. This release is the first ever live release by the band to be made available on vinyl.

Having been recorded on May 6th, 2018 in London as part of the “Britrock Must Be Destroyed” tour, Terrorvision, together with Reef and The Wildhearts, put Britrock back on the map again, in explosive style. The fans thronging this celebrated venue witnessed a remarkable performance packed full of the band’s biggest hits like “Alice What’s The Matter“, “Middleman” or “Oblivion“. Capturing the pure energy and musical power of Terrorvision at their best, the release of  “Party Over Here…Live In London” means that this stunning show can now be watched and enjoyed at home.

The first song to be made available from the album is “Alice What’s The Matter”, taken from the Top 20 1994 album ‘How to Make Friends and Influence People’, gets its premiere – with an accompanying live performance video – today. The video can be found on earMUSIC’s official YouTube channel

“Party Over Here…Live In London” will be released on March 29th, 2019 as a CD+Blu-Ray and digitally on earMUSIC. Additionally, a very special limited 2LP+Blu-Ray+Poster Edition will also be available and can be ordered at Terrorvision’s Official Store: https://terrorvision.tmstor.es