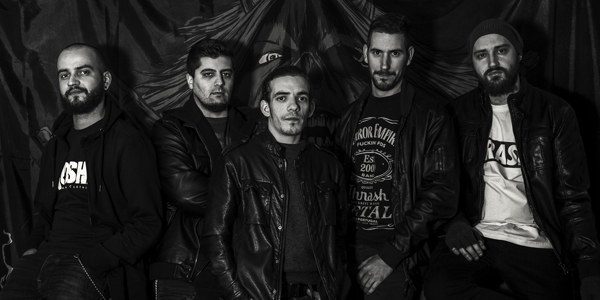 Portuguese thrashers TERROR EMPIRE have debuted a new track entitled “The Servant”, which will be featured in the band’s upcoming album “The Empire Strikes Black”.

The lyric video for the song, which features a guitar solo from David Alvarez (ANGELUS APATRIDA), is very cool.

TERROR EMPIRE’s new album “The Empire Strikes Black” will be released worldwide on 23 February 2015 by Nordavind Records on CD and digitally. Pre-orders are available here:http://www.bit.ly/tesb-po

Look out for a feature on the band next Monday and a review before it is released.