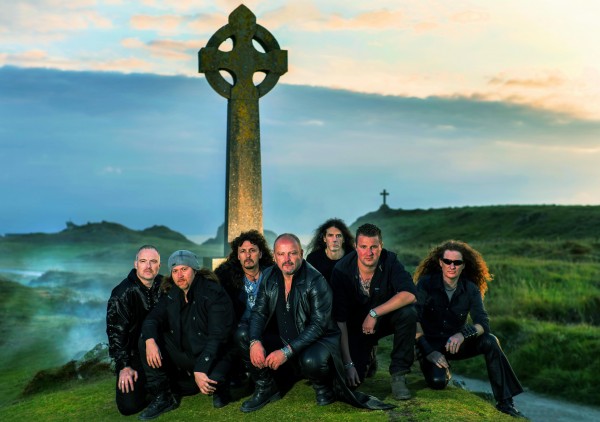 Brit Melodic Rock Giants are back  – and heavier than ever!

The brand new record is their third since reforming in 2010 and main man Ward says the bands line-up changes have helped their sound. For years Gary Hughes has toyed with the idea of bringing even more power and width into the TEN live mix. To this end, TEN are proud to announce the arrival of two new members in the shape of guitar players Dann Rosingana and Steve Grocott.

They are two highly skilled individuals and the aim is to bring twin lead guitar back into play whilst not detracting from the solid and powerful backdrop which is trademark TEN. Gary commented yesterday “The arrival of Dann and Steve will enable the band to
play more of the layers in Ten’s studio sound live on stage.”

As well as the music, the name TEN is synonymous with some of the music genre’s most striking album sleeves. In keeping with this TEN tradition the artwork this time is provided by the exceptionally talented Gaetano Di Falco. ‘Albion‘ is produced by Gary Hughes (TEN, Solo, Bob Catley, Hugo, Kane Roberts) and once again mixed and mastered by Dennis Ward (Unisonic, Bob Catley, Sunstorm, Place Vendome, Pink Cream 69).

This is an exciting era for TEN. It features all the familiar faces and one or two new ones who have integrated seamlessly, embellishing the TEN sound and taking things to yet another level. TEN are definitely firing on all cylinders.