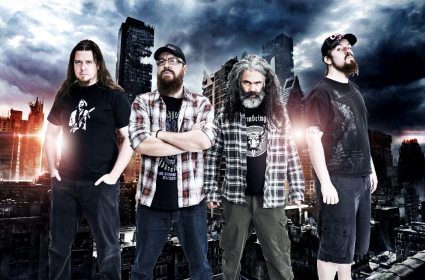 Midlands based Temple Of Lies first came to light in 2010, honing their skills on the road and blitzing venues up and down the country with their brutal sound. Overcoming a couple of line up changes early on in the band’s existence, they’ve now consolidated their hugely talented line up and took the decision to rework a few of the tracks from their debut album ‘Monumental’ and put them onto ‘From Sand’, to reflect the far heavier, more mature sound they now have.

Taken from their new album’, ‘Bats’ is a storming track that combines grooves, growls, riffs galore and the video showcases more facial hair than you can shake a very large stick at!