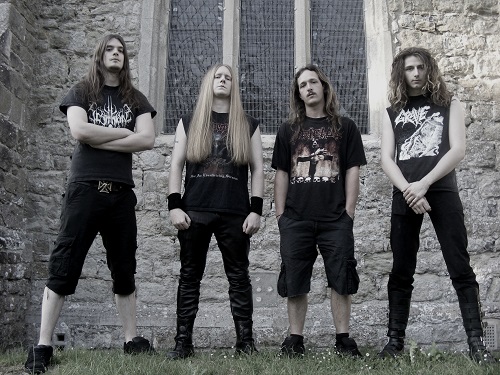 Formed in the winter of 2013, driven by a desire to unleash a storm of death metal that harnessed the fire and fury of the genre’s early glories, Monumentomb digitally self released their remarkable debut EP, Ritual Exhumation early in 2014.

Over the following months the good reviews poured in, with almost universal praise being lavished on the heart-stopping hymns of deathly devastation. Powerplay Rock And Metal Magazine summed up the general feeling in their 8/10 review, stating that you’d be ‘hard pressed to find a debut of such consummate power as this’.

Such acclaim rarely goes unnoticed and now we’re delighted to announce that Monumentomb have been signed by Metal Music Austria.

Expect a sound that is infused with hunger and energy, but with stunning competency and maturity. Expect cunningly crafted songs that masterfully combine overwhelming drum battery, savage riffing, lightning lead work and an imperious vocal presence. Expect memorable melodic touches and barbed hooks that are impossible to dislodge. Expect one of the most exciting death metal debuts in years.