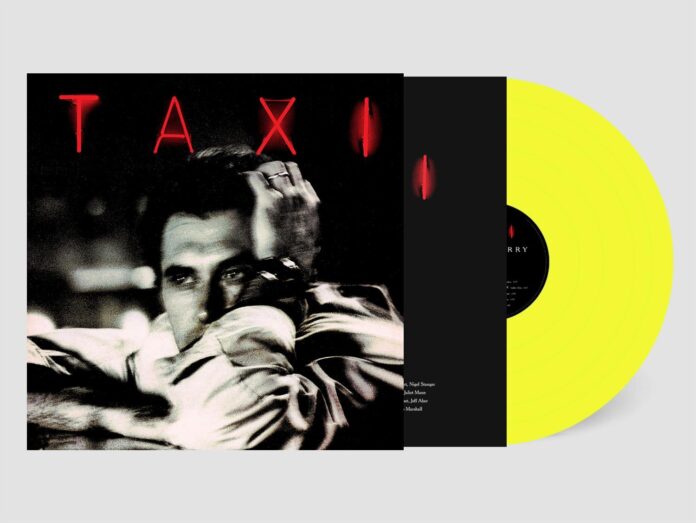 Bryan Ferry’s eighth solo studio album ‘Taxi’ is being re-issued for the very first time since its initial release in March 1993. The album will be available from November 25th 2022 on limited edition yellow vinyl, and on CD in a limited edition Japanese-style oversized card sleeve, with new artwork overseen by Bryan. Pre-order ‘Taxi’ HERE.

The news closely follows the 50th anniversary of Roxy Music, celebrated by the band with an arena tour of North America and the UK, widely acclaimed by critics and fans as a triumphant career high with stunning live performances of some of the most cherished and celebrated songs in popular music.

Alongside his peerless song writing as frontman and bandleader of Roxy Music, and as a prolific solo artist, Bryan Ferry remains a master of the art of the cover version. From the 1973 release of his first solo LP ‘These Foolish Things’ – itself a collection of the rock ‘n’ roll, R&B and pop songs so vital to his musical development – to the 2022 ‘Love Letters’ EP, featuring new interpretations of four classic love songs, Bryan’s work has seen him illuminate the songbooks of some of the most acclaimed songwriters of all time. Stephen Sondheim to Cole Porter, Holland/Dozier/Holland and Lennon/McCartney to Al Green, Bryan’s covers of classics like ‘Jealous Guy’ (a UK Number 1 single), ‘Let’s Stick Together’ and ‘A Hard Rain’s A-Gonna Fall’ have come to be regarded as the definitive versions.

As ‘Taxi’ nears its 30th anniversary in March 2023 we are reminded anew of Bryan Ferry’s long tradition of reimagining songs from across the history of music, free from the bounds of genre and time. The ‘Taxi’ album features his refined, inspired interpretations of Screamin’ Jay Hawkins’ ‘I Put A Spell On You’, Goffin and King’s ‘Will You Love Me Tomorrow’ and Lou Reed’s ‘All Tomorrow’s Parties’.

‘Taxi’ shot to #2 in the UK Albums Chart upon its release, five years after the critically revered 1997 album, ‘Bête Noire’. ‘Taxi’ was produced by Bryan Ferry and British guitarist, Robin Trower, and features a cast of formidable supporting musicians including Nathan East, Steve Ferrone and the singer Carleen Anderson.

2. Will You Love Me Tomorrow

7. Girl of My Best Friend