Tax The Heat Ready To Roar 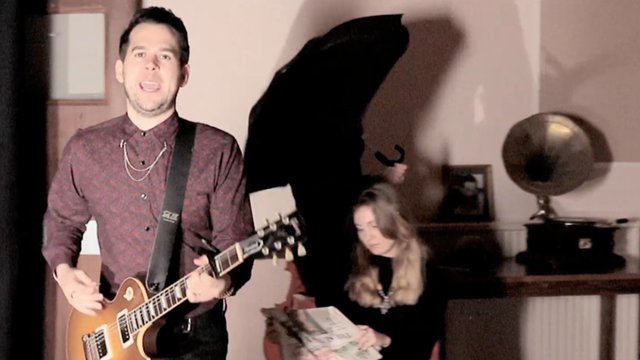 New album out this Friday. Here’s a reason why it rules

Bristol’s classic rockers with a modern roll, Tax The Heat, are set to release their full length Nuclear Blast Entertainment debut, Fed To The Lions on April 8th. Until then, the band are teasing fans by releasing another track from the album in the form of an official video. Shot in one take, the video for ‘Learn To Drown (You’re Wrong)’

Speaking about the filming of the video, frontman Alex Veale commented: “The ‘Learn To Drown (You’re Wrong)’ video shoot was one of the most fun music videos I’ve been a part of. It was shot in one take with no options for it to be edited after the shoot. It was a full on performance running around all over the place to get into the next scene while the camera spins 360 degrees on a tripod. It delivers what we wanted it to – lots of energy and a lot of fun. We worked with Louis at Rataplan again and it was a real collaborative effort from both the band and Louis.”

The band recently announced a London headline album launch show in April. This show is in addition to being confirmed on the bill For Ramblin’ Man Fair, Steelhouse Festival and Truck Festival. More dates to follow…