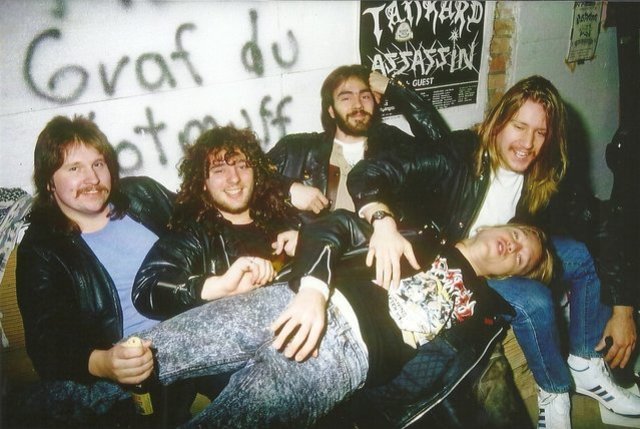 In 1982, when four long-haired metal maniacs from Frankfurt am Main, Germany decided to found a band named TANKARD, nobody expected them to still be going three decades later.

Not to mention being at the top of the German thrash metal scene! But they are still alive and kicking, and throughout these years there’s barely been a blip in their path! Today, when the routine of breaking-up, making a “reunion” and disappearing again seems to be the order of play, TANKARD never joined this course of action – instead they kept flying the flag of thrash metal high: a very respectable effort! NOT ONE DAY DEAD!

This is why the founders of “alcoholic metal” can now celebrate their 35th anniversary in 2017 with their 17th studio album entitled One Foot In The Grave – cheers!

Check out the new video trailer on YouTube, in which Gerre and Frank talk about 35 years of TANKARD:

One Foot In The Grave will be released on June 2nd via Nuclear Blast.