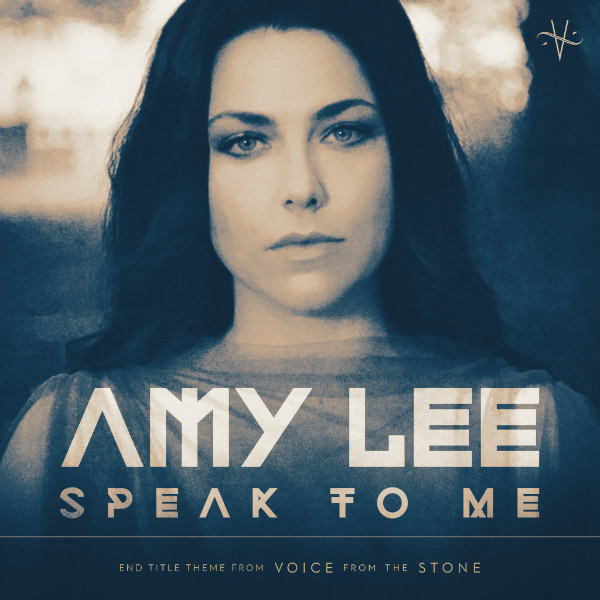 Evanescence frontwoman Amy Lee is proud to unveil her new single, “Speak To Me” the end title theme from the forthcoming suspense/drama, Voice From The Stone. Game of Thrones’ Emilia Clarke stars in the film alongside Marton Csokas, Caterina Murino, Remo Girone, Lisa Gastoni, and Edward Dring.

Directed by Eric Howell and scored by Michael Wandmacher, the haunting thriller set in 1950’s Tuscany is due July 24th. USA Today premiered the movie trailer on Tuesday, which can be viewed here.  Listen to the track here:

As a prelude, Lee shared an intro video to the track on her YouTube channel last April. Captured during the recording of the song at legendary Skywalker Ranch, the piece gives us a glimpse inside the process, with the gorgeous piano of “Speak To Me” as the backdrop. A few exclusive clips are also included, providing fans with a preview into the movie.

“Speak To Me” is available for download on ITunes, Amazon, and Google Play, and streaming on Spotify, Apple Music, and Amazon Music Unlimited.

Lee has a message for her fans about the film and her creative process behind the song and its accompanying video: “I’m very excited to share a new song which I was asked to create as the end title for the forthcoming film, Voice From The Stone, which stars the incredibly talented and captivating Emilia Clarke. The song is called “Speak To Me.”

“There are many reasons why I felt inspired to work on this project. Voice From The Stone tells the haunting story of Verena, a nurse who is asked to aid a young boy who has fallen silent after the sudden passing of his mother- Verena is brought in to help him speak again. As a new mother myself, the film resonated very deeply with me. I had the opportunity to work closely with Eric Howell, who directed the film, and Michael Wandmacher, who composed the score. I was very moved by the movie, and after having my first conversation with Eric and Michael, I felt a surge of inspiration and immediately began writing. It is a rare phenomenon to really share a creative vision so completely, and that made for a very powerful experience, and an end result that I am very proud of.”

“It was an honour to be able to work with Eric on the music video as well, which was shot in Sienna, Italy, at the same beautiful location as the film. We conceived the video as a parallel and backstory to the film, which explores the strong bond of love between Malvina and her son, and the belief that love is stronger than death.”