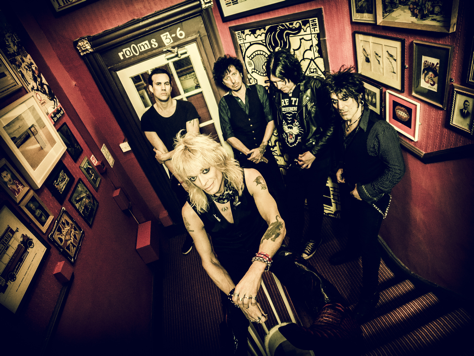 Finnish King of Rock ‘n’ Roll, Michael Monroe, has announced a run of UK headline dates for the end of the year, climaxing with a debut appearance at Planet Rockstock in South Wales.

Starting on November 30th in Manchester, Monroe and his regular band will play 4 shows in the UK before heading off to Japan for further live performances. Support in the UK comes from Role Models.

“Hey, I’m super excited to be playing in the good ol’ UK again! We haven’t played there enough in the past few years, and I hope we’ll be touring there a lot more in the future. This band is only getting better and stronger as time goes by. So, get ready for some serious rock ‘n’ roll and fun times! See you all soon! Be there or be very sorry!” – Michael Monroe

‘The Best’ – a hugely entertaining overview of MM‘s 30-year solo career to date, released on June 9th – is the latest release from the one-time Hanoi Rocks frontman. Featuring hit singles, rarities, unreleased material plus tracks from the Little Steven-produced Demolition 23 album, ‘The Best’ is further evidence of this iconic performer’s considerable influence and unflagging energy.

Purchase your copy of The Best here.

This year, Michael Monroe had an extensive summer touring schedule in his native Finland, including a show with Guns N’ Roses at Kantolan Tapahtumapuisto in Hämeenlinna. Monroe and his band will also be playing a very special 30th anniversary celebration show in Helsinki at Kulttuuritalo (October 20th).