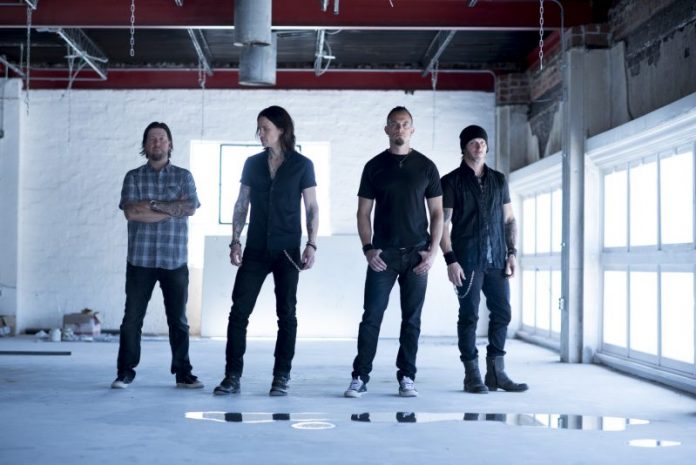 ALTER BRIDGE have today unveiled their video for ‘Show Me A Leader’, the lead track from forthcoming fifth studio album, ‘The Last Hero’, set for release via Napalm Records on 7th October.

The video is based on a concept created by ALTER BRIDGE together with director Zev Deans that brings life to the story told in the single’s lyrics. The animated video shows the world in turmoil as politicians (represented by suits with megaphone heads) broadcast negative messages to the people. The visually arresting video showcases Deans’ unique creative style, something the band members were immediately drawn to.

ALTER BRIDGE have recently announced their long-anticipated return to Europe. Their biggest headline shows yet, the 24-date tour treks 15 countries and kicks off on 4th November. Special guests include Danish rockers Volbeat, French progressive metallers Gojira and up-and-comers, Like A Storm.