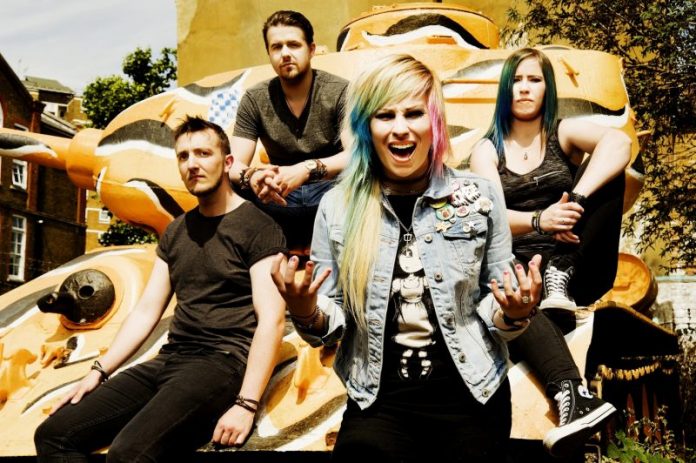 Hailing from Glasgow, and possessing a hearty appetite for hard work and sheer dedication to their craft, Altered Sky already have a vast range of impressive accolades to their name, including sharing stages with We Are In The Crowd, Wonder Years, Decade, State Champs, A Loss For Words and Neck Deep, as well as playing Slam Dunk Scotland in 2014. The quintet have also headlined shows at The Garage in Glasgow and London’s famous 100 Club in Camden.

With a strong DIY mentality embedded in their DNA, Altered Sky released In This World, their self-financed debut EP. The five-some followed this debut offering with their critically acclaimed Stop and Live EP, which continued to charter the band’s growth and further enhanced their budding reputation. In 2015, the emerging rockers released their self-funded debut album, Without Wonderland, with Romesh Dodangoda (Funeral For A Friend, Bullet For My Valentine, Bring Me The Horizon) at the controls. The album was received with open arms by fans and industry tastemakers alike. Kerrang! Magazine bestowed the record with an impressive KKKK review. Altered Sky went on to reveal the video single Waves from the album, which secured praise from broadcasting legend ‘Whispering’ Bob Harris, as well as notching up widespread radio airplay from Kerrang Radio, TeamRock and BBC Radio 2. The alt-rockers have since gone on to pick up further acclaim from Apple Music and Huffington Post, as well as increasing their ever expanding fan-base.

This Summer the band dropped their latest single Stupid In The Dark; the video quickly gained heavy rotation by both Kerrang! TV and Scuzz TV, as well as pinning down widespread online coverage. The single was also playlisted by Kerrang! Radio for their K Nights with Johnny Doom. Now, Altered Sky press on again with the release of their brand new video single Livewire; this cut will be the fourth and final single lifted from the band’s current album, Without Wonderland. With a school tour underway, combined with a mammoth headline show at the Garage on 15th October, there’s nothing stopping Altered Sky’s continued ascent.