Take A Time Out 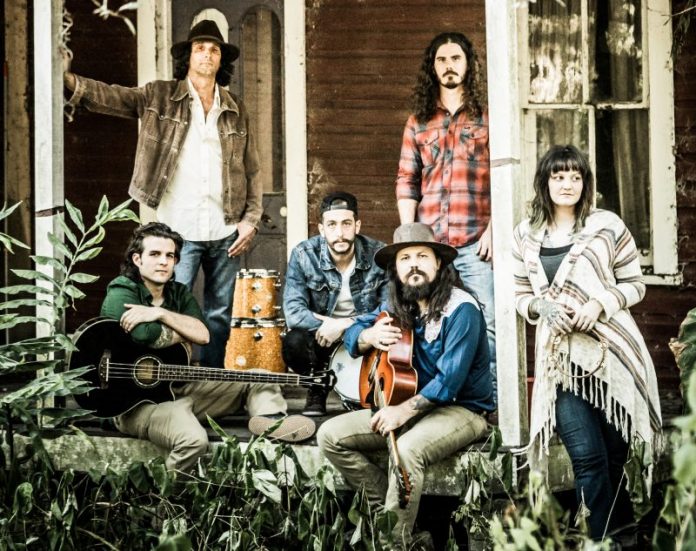 The album opens with “Man Out of Time,” a hypnotic blues that sees Wynn describe how music makes us believe: “I felt a pulse slow to the ear, but deep in body, and free from fear,” he sings with drive and conviction. His sister’s harmonies swirl in between Wynn’s transcendent guitar solos like a haunting church choir.

So who, and what, are The Believers? They’re musicians united by a common belief in the power of these remarkable songs. Olivia Wynn Roche works meticulously to make her vocal harmonies so hauntingly correct that they’re startling to hear. Colin Daniel Fei plays that vintage Hammond organ that can take you to church or send you straight to hell. Chris “Bell” Antemesaris wails wildly on blues harmonica. David Wagner and Ryan Miranda hold down the deep grooves on bass and drums, respectively. The band came together naturally. All of The Believers are regulars in the Orlando music scene who admired Wynn’s work and wanted to help him take it farther. From Antemesaris, who just kept on showing up at Wynn’s gigs and asking, “Can I sit in on a few?” to Wagner, who started out as a fan of The Believers, declaring “I want to be involved in this somehow or other,” Wynn has earned the band he has now.

As for Wynn, he’s ready to convert us all to believers. But maybe not in the way you’d expect. “I don’t care how many people know my name,” he says, “as long as when they hear my music, it makes them feel something.” For Wynn, that’s the victory that’s sweeter than no other.