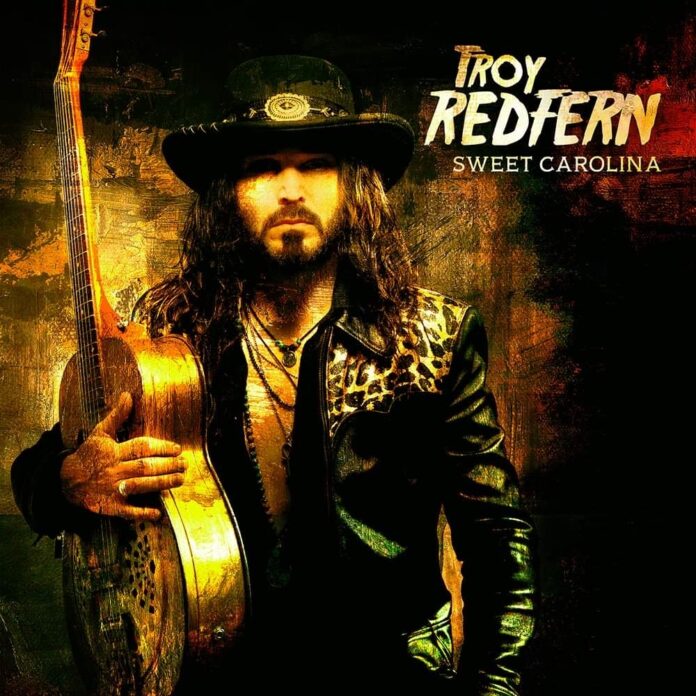 The official music video for Sweet Carolina premieres on YouTube on Wednesday September 21st. Watch the video via https://youtu.be/_ppvjxf5hVg.

The Sweet Carolina single coincides with the release of Troy’s new album The Wings of Salvation which is also released on Friday September 23rd.

The album is available on CD and limited edition yellow and red splatter vinyl formats and is also available to stream and download from https://smarturl.it/sweet-carolina.

“Sweet Carolina is a good time rock ‘n’ roll tune about a woman who knows what she wants,” explains Troy. “She’s powerful, fearless, and driven. Echoes of T-Rex and The Stones reverberate across the slide guitar landscape, with a passionate homage to glam rock.”