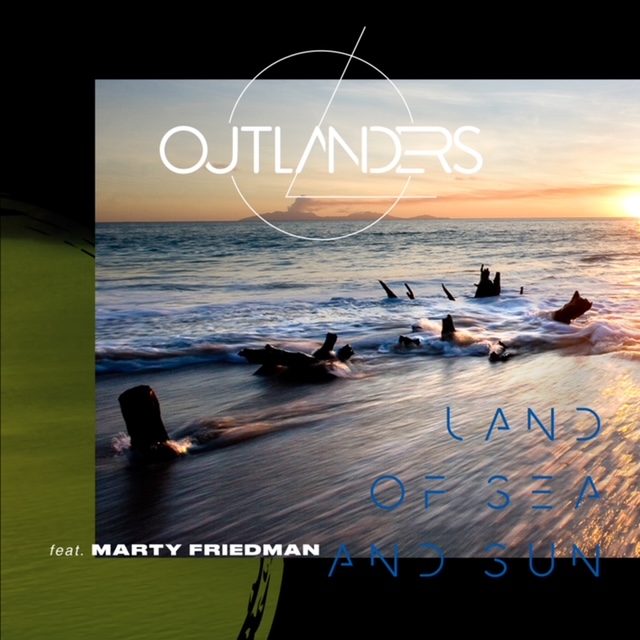 OUTLANDERS was created by no one less than Finnish soprano legend Tarja Turunen and EDM pioneer Torsten Stenzel; both were able to win over some of the most influential guitar players of our time as featuring guests.

So what genre is OUTLANDERS? The answer is simple: it is a music genre on its own as classifying OUTLANDERS as any existing genre will just fail.

Tarja ́s vision of OUTLANDERS is to create something exciting and new: OUTLANDERS combine chilled but exciting electronic beats with Tarja’s emotional, classically trained vocal skills and unique guitar performances. These three elements are a constant in all the songs and are equally important.

With “LAND OF SEA AND SUN” OUTLANDERS already release their fifth single! The new track, featuring MARTY FRIEDMAN as special guest on guitar, will be released on July 29th.

Antigua is more or less the birthplace of OUTLANDERS and the inhabitants affectionately call it “The Land of Sea and Sun”. Inspired by the name of the title and with the images, sounds and smells of Antigua in mind, Tarja Turunen approached the songwriting differently this time, becoming herself the island of Antigua to tell the story in the song.

OUTLANDERS’ new single “LAND OF SEA AND SUN” is the fifth of eight singles and will be released on July 29, 2022 as a limited edition 7″ vinyl exclusively on Tarja’s online store and digitally on earMUSIC.