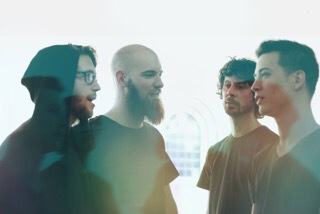 Aussie post-rockers sleepmakeswaves will hit these shores in March

The band released their latest album last year but they’ve recently announced that they will be touring the UK in March alongside Skyharbor and Tides From Nebula. The band were last seen in the UK in 2014 when they played alongside the likes of Cult of Luna and God is An Astronaut at Beyond The Redshift festival. Prior to that they toured the UK with 65daysofstatic in 2013.

“We are absolutely stoked to announce this epic co-headlining tour with our friends Skyharbor and Tides From Nebula We can’t wait to share ‘Love of Cartography’ with all of you on the road soon,” say the band.