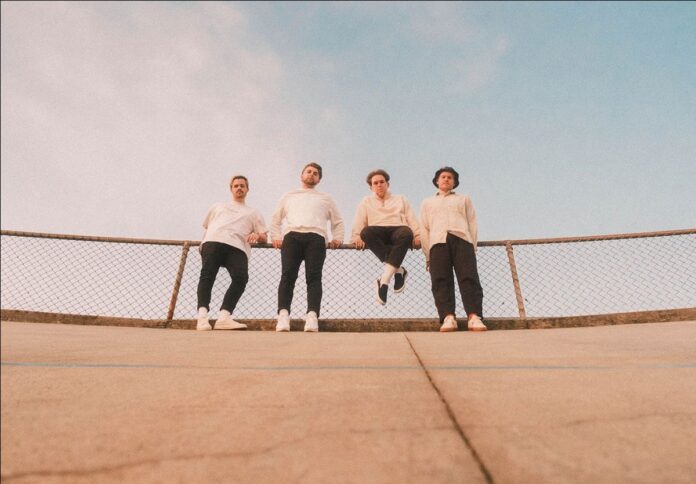 After seven glorious years of friendship and great music alike, today marks the closing bow for Australian pop-punk outfit Stuck Out. Yet, before the tears begin to flow and vocalist Josh Walker, guitarist Ian Browney, bassist Sheldon Schuyler, and drummer Lachlan Lydiard wave their heartfelt goodbyes, the quartet has one last farewell gift to offer adoring fans across the globe.

Out now via Greyscale Records in Australia and New Zealand, and SharpTone Records in the rest of the world, the band’s final single ‘Split In Two‘ presents a nostalgic and emotional trip down memory lane. Released in conjunction with the band’s final live shows and accompanied by a charmingnew music video, the track pays homage to Stuck Out’s musical journey, including lyrical nods to past releases, perfectly accented by throwback footage of packed concerts, studio sessions, and humorous moments all captured on film.

A highlight reel that seamlessly combines the old and new, ‘Split In Two’ is a testament to the strong bonds and catchy tunes that will live on forever in the band’s catalog.

Thanking listeners for their continued support, Stuck Out has relayed the following message on social media:
What a wild journey. This band has been a massive part of our lives, but the time has come for us to move onto new things. Thank you to everyone who has come to a show, streamed our songs, bought some merch, and mic grabbed “Another”.

We’ll forever love and miss you all,