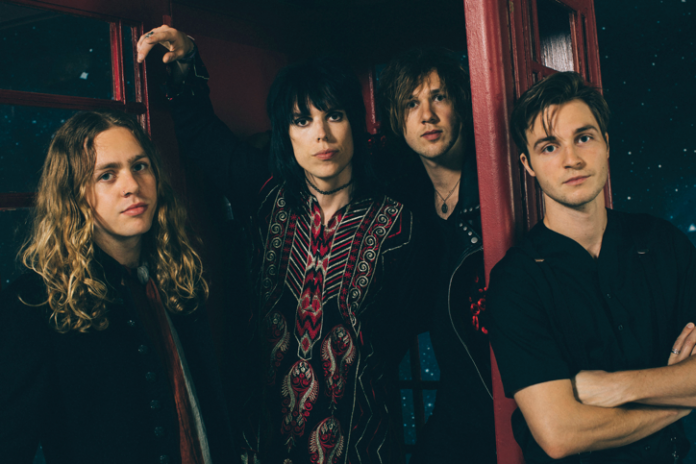 Acclaimed UK rock band The Struts release ‘One Night Only’, the new single out today on Polydor/Interscope Records.

‘One Night Only’ is the first piece of music to be revealed from the band’s forthcoming album—the highly anticipated follow up to their 2016 debut Everybody Wants.

Of the track, lead vocalist Luke Spiller says, “This song is mainly about the relationship between a performer and his/her audience. After touring throughout the United States, we’ve developed a strong relationship with our audience and started to feel more responsibility to them—mainly to give a great show every night. The song has many theatrical moments, making the arrangement one of the most ambitious songs we’ve done. It’s definitely over the top and larger than life, but after experiencing our audience and how they react to our music, I think it’s even more fitting.”

The band have been touring nonstop since forming including worldwide headlining shows, prestigious festival plays and support slots for The Rolling Stones, The Who, Guns N‘Roses, Mötley Crüe and The Killers.  The Struts will now be opening the first leg of Foo Fighters‘ autumn tour across the US – see full dates below.