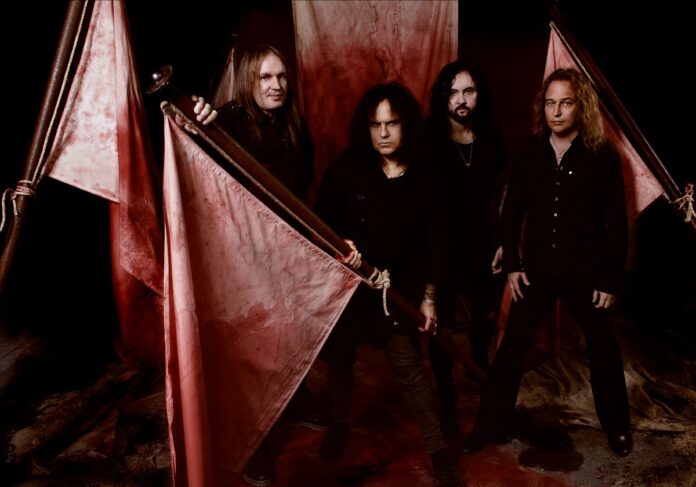 The mighty KREATOR are proud to unveil “Strongest Of The Strong,” the second single from their forthcoming fifteenth studio album, “Hate Über Alles,” which will be released on June 10th, 2022. Five years after their highly acclaimed album “Gods Of Violence” (2017), peaking at #1 in the German album charts, the genre-defining band are happy to present this 11-track behemoth.

The unrelenting mid-tempo sledgehammer “Strongest Of The Strong” definitely lives up to its name and quite fittingly features renowned strongman and vegan advocate Patrik Baboumian who adds thundering backing vocals to the song’s anthemic chorus.

Patrik also appears in the music video for the song as the comic book character Earthraiser who’s fighting for animals and nature. The video was directed by Tom Schlagkamp and shot in South Africa. Check it out below!

Mille Petrozza comments:
“Strongest of the Strong represents every person on this planet who is striving to become a force of good in a world filled with a lot of bad. It’s a straightforward banger with a message that only one man could carry; his name is Patrik ‘Earthraiser’ Baboumian! Great working with him in the studio and on the music video, a man with a lot of shared values with my own. We hope you enjoy!”

WATCH THE VIDEO FOR “STRONGEST OF THE STRONG“:
https://youtu.be/N0hi1UqRvHI

LISTEN TO THE SINGLE “STRONGEST OF THE STRONG“:
https://kreator.bfan.link/strongest-of-the-strong