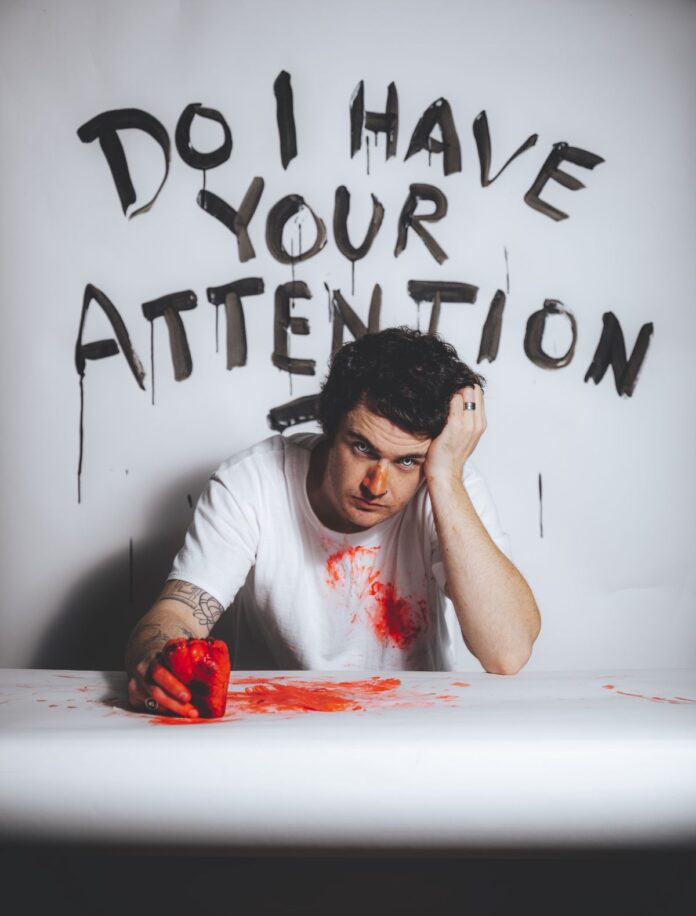 The track is the latest to be taken from his forthcoming debut album 796 set for release on 4th November 2022, details of which have been revealed today (see below for tracklist and artwork).

He will also be appearing live at an album release show at The Workman’s Club, Dublin on 4th November 2022, with select new UK dates announced for January 2023 (see below for listings).

Commenting on the track, which is a heartfelt message about the loss of family members and friends who chose to end their own lives, Streek says: “I knew I needed a song for everyone who’s left us early. Suicide is a huge problem worldwide. People are struggling to survive—not everyone has the luxury of living a financially perfect existence, for example. I lost my dad and uncle to suicide and then the countless friends over the years who have also chosen to end their own lives. So this song is for anyone who’s left us too early.”

“The song speaks for itself. We all know how hard life is, and nobody in charge gives a sh*t that we lose people everyday to the pressures of simply trying to live. They ask us to pay into this life, but the incentives don’t add up.”

“My dad was an unbelievable drummer, like unbelievable,” the producer enthuses about his father’s influence on his own musical journey. “I was raised being around punk bands like Crass and anarcho-punks Rudimentary Peni. I remember seeing him play growing up as a kid and that was the start of my growth as a musician.”

The single follows on from the already hard-hitting trio of ‘False Apologies’, ‘Yesterday’, and ‘Death To The Landlord’, which addressed the Irish Catholic Church abuse scandal, issues of alcoholism, and the housing crisis in Streek’s native homeland, respectively.

Mostly recorded at home in his Vancouver apartment over the best part of a year, 796 is perhaps one of the most visceral, important political records of the decade—a deeply personal and vitriolic calling card that sets Streek out as a gifted and timely new voice. Fittingly for such a politically-charged record, some of the drums were recorded in a Vancouver studio that was home to Rage Against The Machine‘s self-titled album.

“I did it all for free as my mate worked in the studio,” remembers Streek. “We smoked a lot of weed and worked through the nights on it.” He’d then take the production stems home and stitch together the songs through Ableton. “I wanted to make an album that was so cheap but still sounded brilliant, as I think that’s the most punk thing you can do—not splash out tons of cash on an album using vintage tape reels and 60s gear. I’m over all that.”

“If you’ve been mistreated in life or simply have had enough of playing games, then this album is for you. If you’re constantly wrapped up in cotton wool and receiving big salaries, this album is also for you. Listen to it and take a step back for a moment and have a think.”

When life is difficult, Samaritans are here – day or night, 365 days a year. You can call them for free on 116 123, email them at jo@samaritans.org, or visit samaritans.org to find your nearest branch.