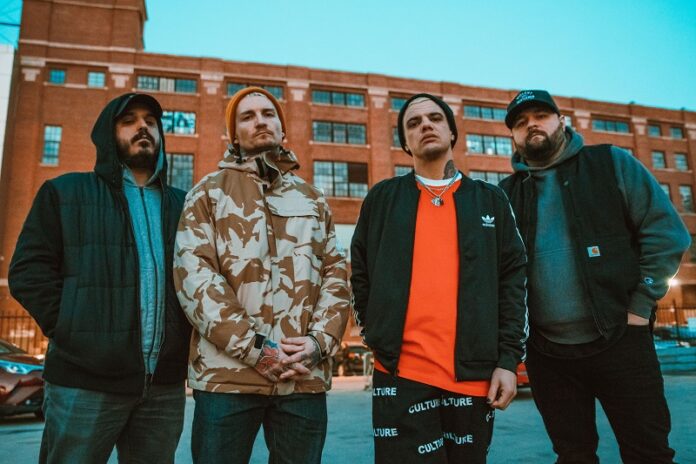 Long Island, NY/UK alternative hardcore band, Stray From The Path, have today released their new album Euthanasia. Out today via UNFD, Euthanasia is the darkest and heaviest work of the band’s career, drawing on challenging circumstances to create a record that pulls no punches sonically or lyrically. The album pushes Stray From The Path’s signature blend of groove and aggression into adventurous and ominous new territory, proving that the long-running group are just as fiery as ever.

Stray From That Path‘s drummer, Craig Reynolds, will be celebrating the album’s release in New York City, sitting in for band leader Fred Armisen as part of the long-running rotating drummer program on Late Night With Seth Meyers. The highly accomplished musician, who also hosts the acclaimed Downbeat Podcast, will be performing with the 8G Band September 19th through 22nd, with the episodes airing weeknights on NBC at 12:37 ET/PT and next day on Peacock.

To mark the release of ‘Euthanasia’, the band recently announced a celebratory tour of intimate album release shows for October.

Speaking of tour, guitarist, Tom Williams, says “We are stoked to return back to the UK and mainland Europe to do some small and intimate album release shows for our new record, ‘Euthanasia’. By the time we get there, it will be almost three years since we’ve been back. We’ve dropped ‘Guillotine’ and ‘III’ and our UK/EU people have been wanting us back ASAP, I’m glad we can get back there for them. We’re bringing with us a brand new album, two amazing up and coming bands in Vatican and Guilt Trip, and three years of too much time spent away from some of our favourite places on earth.”

The tour sees the band play the following venues: